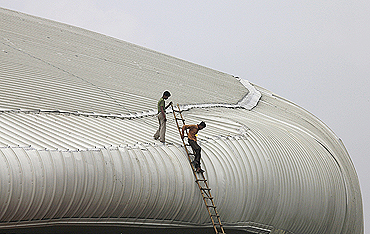 Image: Workers climb down the roof of the weightlifting venue for the Commonwealth Games. A portion of the false ceiling at the venue caved in on Wednesday
Photographs: Reuters 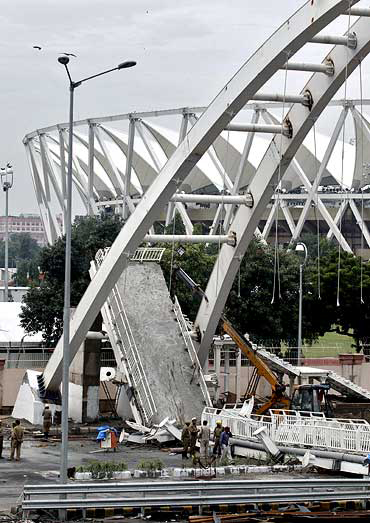 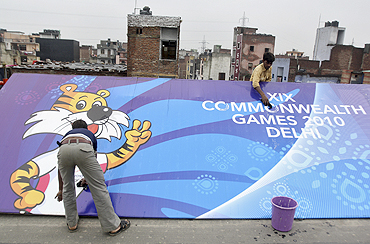 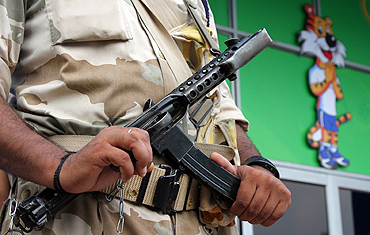 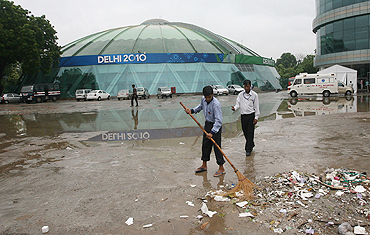 Image: A sweeper sweeps outside the Talkatora Boxing Stadium in New Delhi