Saina Nehwal to get Khel Ratna 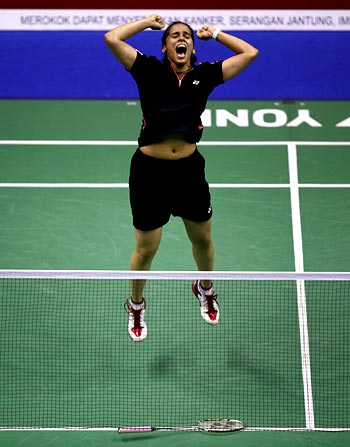 The world number two Indian is in red-hot form this year. She reached the semi-finals of the All England Super Series in March before winning three successive titles in June.

"I am really happy. It's unbelievable, a dream come true for me to get another within one year. National awards give you a lot of motivation and it definitely has inspired me to achieve bigger glories for my country," Saina said.

"I have done well in the last two years and the three titles that I won recently have really boosted my confidence. I am now preparing for the World Championships and I hope to win the title," she added.

Saina was conferred the Arjuna award last year and recently chosen as one of the six brand ambassadors for the Commonwealth Games, which will be held in New Delhi from October 3 to 14.

National coach and her mentor Pullela Gopichand heaped praise on his protege, saying the award is the result of her hard work.

"It's really a great news. She deserves the award. She had a fantastic last two years; she has put a lot of hard work and the sort of belief she has in herself, I'm confident she will achieve much more in her career," Gopichand said.

Gopichand said next month's World Badminton Championships will be a test for Saina, as it will decide if she can reach the numero uno status.

"She is world number two now and the number one status will depend on her feat in the World Championships, because, the other two important tournaments like Commonwealth Games and Asian Games, unfortunately, doesn't count in ranking," he said.

The awards, to be given away on August 29 by President Pratibha Patil, comprises a cash amount of Rs 7.5 lakh, a scroll of honour and medal. 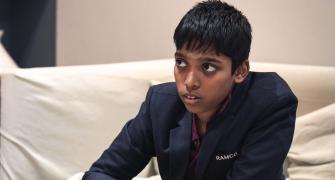 Winning gold at Olympics is still my dream: Saina