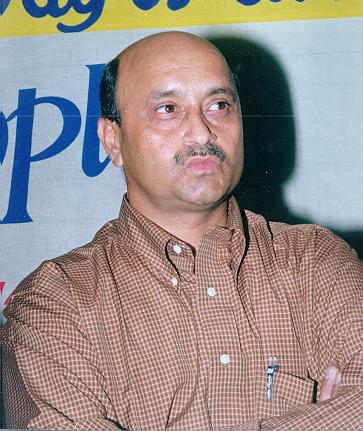 The sexual harassment case in women's hockey took a new turn on Saturday with Hockey India referring the complaint of player Ranjita Devi against coach M K Kaushik to Delhi Police as it involves allegations of outraging the modesty of a woman.

Announcing this decision, HI secretary general Narinder Batra said that the services of Kaushik and video analyst Basavraj, who courted controversy by being in the company of sex workers during the tour of China, will not be utilised in future.

Referring to the report of the five-member inquiry committee that went into Ranjita's complaint, Batra said HI felt that the written version of the player commanded "high credibility" with specific charges being levelled.

"We feel that the committee does not have coercive powers to go into the issue. In view of the Supreme Court judgement in the Visakha case regarding sexual harassment at work place and the committee's recommendation that the issue related to IPC section 354 (relating to outraging the modesty of a woman), we are marking a copy to the Delhi Police Commmissioner for taking suo moto notice so that this can be taken to its logical conclusion." he said.

He said HI felt that certain things that have come to light should be looked into and the case be made an example of.

The committee report and HI's opinion has also been sent to Sports Secretary in the Government of India.

Batra said that the committee's recommendation for more time for inquiry was turned down since they did not want to waste any more time.

"Let the Government of India or police file an FIR for investigating the matter", he said.

"The Inquiry Committee report fell short of giving any recommendations. So HI is going a step ahead and we are making recommendation to SAI to take action and the copies have been marked to IOA, Ministry, Railways, Delhi Police besides Ranjita, Kaushik and Basavraj", Batra said.

"We are taking seriously the complaint by Ranjita. Her written replies had specific charges and they are credible. We have asked the Delhi Police to start investigation immediately by filing an FIR. The govt can also take suo motu action", he said.

"HI is taking the incident seriously. We want the matter to be taken to logical conclusion and we want to ensure that such incident does not happen in future. If additional charges or matters come up in future we will forward them to SAI" Batra said.

Batra said HI was not in a position to file a case and that is why it was recommending action to be taken.

"The assistant coaches have made written replies. One of the two has admitted that the pictures showing prostitues were taken by Basavraj. I have spoken to the captain and she said the players support Ranjita" Batra said.

The sex scandal came to light on Tuesday with Ranjita sending a written complaint alleging sexual harassment against Kaushik.

The woman player alleged that Kaushik had asked for sexual favours and used vulgar language during a recent Canada and China tour.

Hockey India had earlier received an anonymous mail with photographs of team videographer Basavraj with sex workers during the foreign tour.

Meanwhile, former manager of the women's team, Anurita Saini, who was alleged to have had an affair with Kaushik, has threatened to take legal action against the players and the media who had dragged her name into the controversy.

Saini said she and her family were devastated by such allegations and would intiate action against those who were made such irresponsible statements.