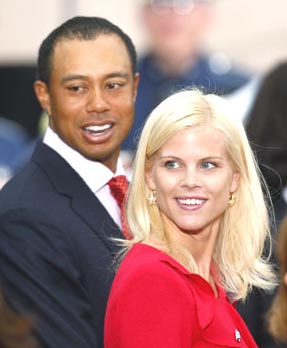 Former tennis champion Boris Becker says he sympathises with Tiger Woods, whose life is in turmoil after he admitted cheating on his wife.

Becker, 42, who fathered a child with a Russian model after a brief sexual encounter in a cupboard at a London restaurant while his wife was pregnant, said he could identify with the golf star.

"I experienced exactly the same and I can sympathise with him," the German newspaper Bild quoted Becker, winner of six Grand Slam titles, as telling a TV show to be aired later on Monday.

Becker, who had a messy divorce and became the butt of jokes for his flings, said he believes it would be "damned hard" for father-of-two Woods to save his marriage to Swede Elin Nordegren.

Woods, 33, has announced he is taking an indefinite break from golf to try to save his marriage.

© Copyright 2021 Reuters Limited. All rights reserved. Republication or redistribution of Reuters content, including by framing or similar means, is expressly prohibited without the prior written consent of Reuters. Reuters shall not be liable for any errors or delays in the content, or for any actions taken in reliance thereon.
Related News: Boris Becker, Tiger Woods, Elin Nordegren, Bild, Russian
SHARE THIS STORYCOMMENT
Print this article

I sympathise with Tiger, says Becker