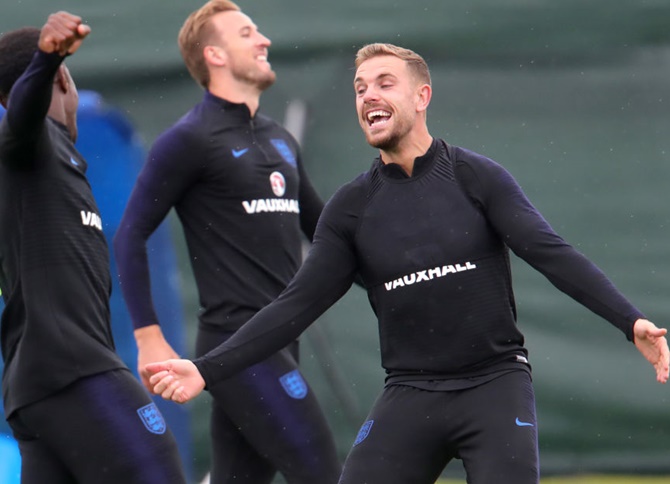 England's starting line-up for their World Cup semi-final against Croatia on Wednesday remained unchanged for the third knockout match in a row, with coach Gareth Southgate sticking to his trusted 5-3-2 system.

Captain Harry Kane, leading scorer in the tournament with six goals, will spearhead the attack alongside Raheem Sterling, who has not scored in more than 1,000 days for England, as they look to reach their first World Cup final in 52 years.

Croatia coach Zlatko Dalic brought in midfielder Marcelo Brozovic in place of forward Andrej Kramaric in an effort to control the pace of the game.

Key defender Sime Vrsaljko was passed fit to start after recovering from a knee injury.

Systematic investment plans (SIPs) of mutual funds (MFs) have seen a spike in demand with new registrations touching a five-year high already this year. Around 19.5 million new SIPs have been registered till December end, as against...

'Infections are going to skyrocket'

'And they are going to be milder because we are dealing with the vaccinated and are much richer in terms of the immune response in the population.'

My face is everywhere: Priyanka on Cong's CM face in UP

"You are seeing my face everywhere," the Congress leader added while addressing a press conference to release the party's 'youth manifesto' along with her brother and former president Rahul Gandhi.

Punjab Chief Minister Charanjit Singh Channi on Friday said he would file a defamation case against Aam Aadmi Party national convenor Arvind Kejirwal, who has dubbed him as a dishonest man after the Enforcement Directorate carried out...