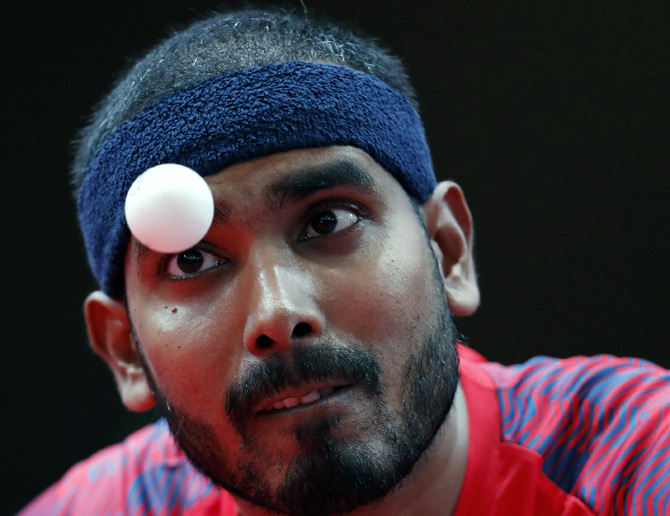 The Indian table tennis men's team settled for a historic bronze medal after losing 0-3 to South Korea in a lop-sided semifinal at the 18th Asian Games.

The team comprising G Sathiyan, Achanta Sharath Kamal and A Amalraj couldn't put up a fight against the mighty Koreans, who set up a summit clash against defending champions China in a repeat of 2014 edition.

India had yesterday defeated fancied Japan 3-1 in the quarter-finals to assure the country its first-ever Asian Games medal in table tennis.

India did not have a single medal in the sport which was introduced in the Games program in 1958. The likes of China (61 gold), Japan (20) and South Korea (10) swept the medals for long time.

A senior police officer said that rescue work had been completed at the site and the injured had been taken to hospital.

The launch of a new party by former Karnataka minister and mining baron G Janardhana Reddy has spiced up the poll scene in parts of state.

Why coach Dravid is emphasis on slip fielding

As per sources, the MHA recommended the MeitY this week to ban and block these apps, and the ministry subsequently initiated the process as per communication.

Setback for Australia as Hazlewood to miss 1st Test

Josh Hazlewood ruled out of next week's opener in Nagpur, which begins on Thursday.