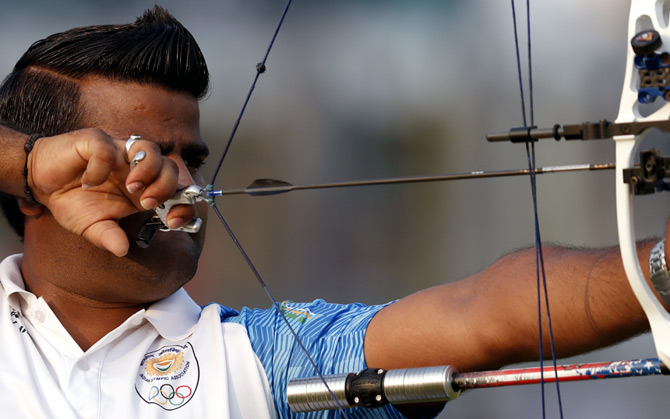 The Indian men's archery team face a shoot-off against Korea in the compound men's team final against Korea at the Asian Games on Tuesday.

The Indian men's team comprising of Rajat Chauhan, Aman Saini and Abhishek Verma were level at 229-229 after the fourth and final set taking the contest into a shoot-off.
« Back to LIVE

Setback for Australia as Hazlewood to miss 1st Test

Josh Hazlewood ruled out of next week's opener in Nagpur, which begins on Thursday.

The FIR pointed out that the accused persons booked by the Central agency were instructed to hurl hand grenades at public gatherings and processions in order to create communal tension.

After his failed misadventure in Kargil, Musharraf deposed the then Prime Minister Sharif in a bloodless coup in 1999 and ruled Pakistan from 1999 to 2008 in various positions.

Musharraf, 79, was suffering from amyloidosis, a rare disease caused by a build-up of an abnormal protein called amyloid in organs and tissues throughout the body, The Express Tribune reported.

The SIT headed by Monika Bhardwaj submitted the charge sheet on Friday.