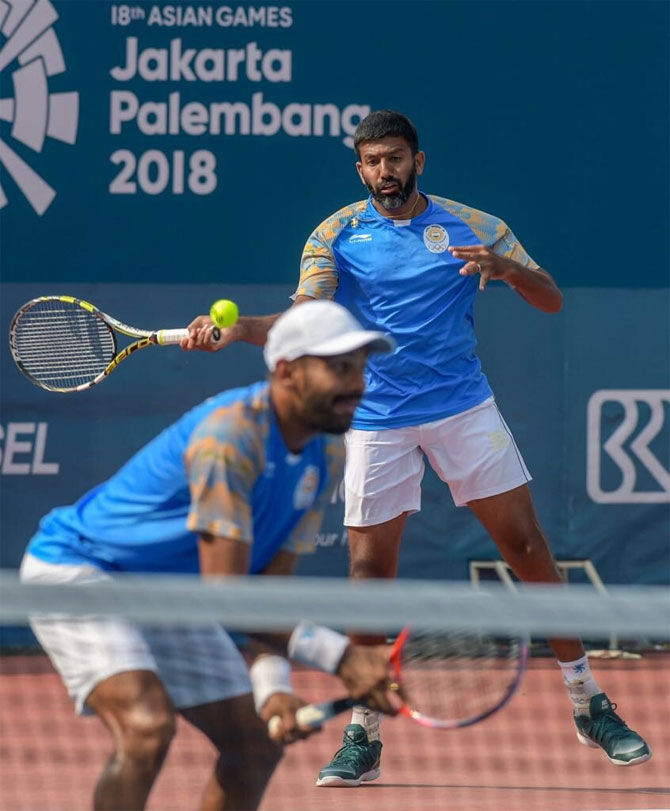 India have another gold on the day after Rohan Bopanna and Divij Sharan beat Kazakh team 6-3, 6-4 to win GOLD for India.
After Stage 1 Sidhu has gone down to the 7th spot and faces elimination, while Bhaker is on No 5.
After 12 shots Sidhu is now up  to 4th spot. Bhaker down to 6.
Bhaker survives elimination after hitting a 10 pointer.
In the men's doubles final, Rohan Bopanna and Divij Sharan just two points away from gold medal.
« Back to LIVE

Curran backs under-fire Anderson to get to 600