Dutch team get warm greeting by fans during canal parade 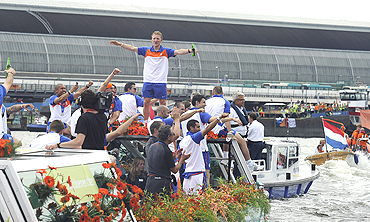 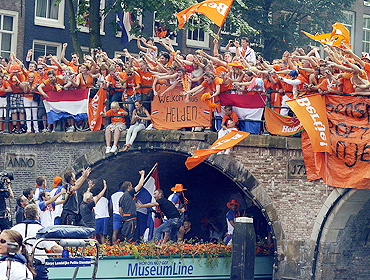 Image: Fans cheer as they welcome the Dutch team back home during a canal parade in Amsterdam