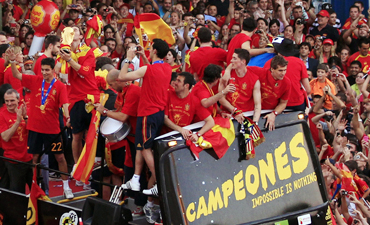 Image: Spain's players celebrate their World Cup victory on an open-top bus during a parade in downtown Madrid
Photographs: Reuters 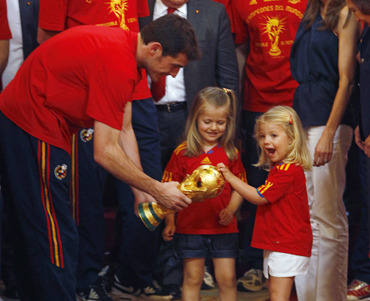 Image: Spain's Infantas Sofia and Leonor react as Iker Casillas shows them the World Cup trophy during a reception at Madrid's Royal Palace 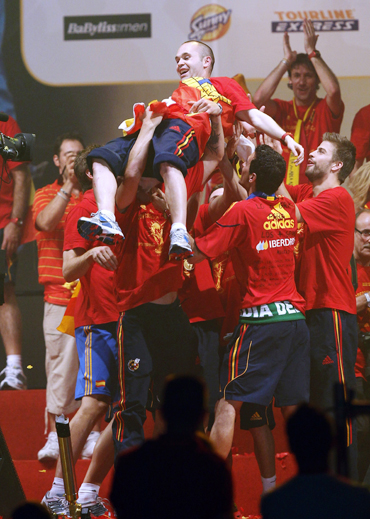 Image: Spain's Iniesta is thrown into the air by his team-mates as they celebrate their World Cup victory 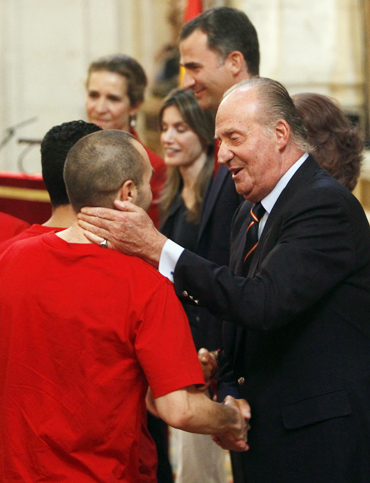