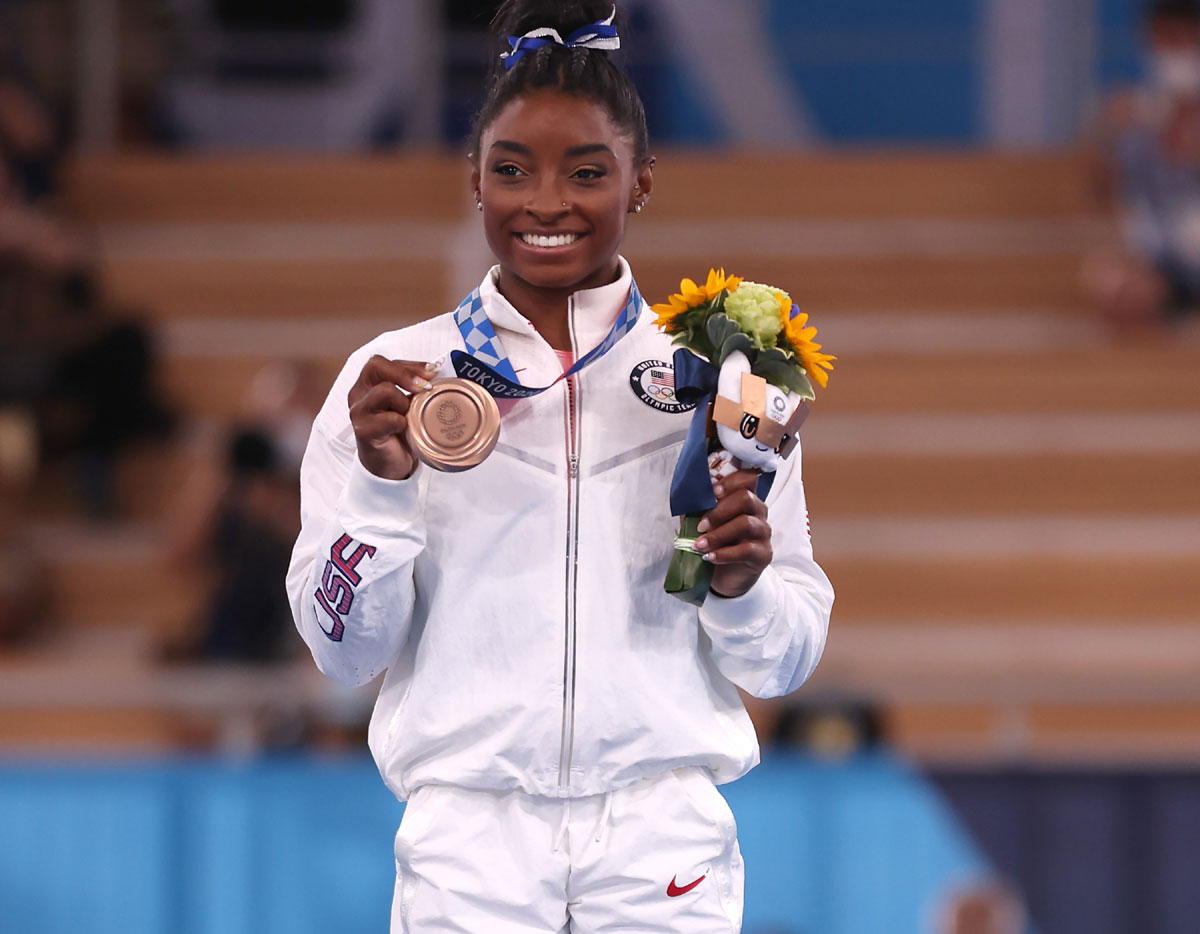 Simone Biles made a fearless return to competition on Tuesday, capping a tumultuous Tokyo Games with a bronze medal on the balance beam.
The final gold of the women's artistic gymnastics programme would go to China's Guan Chenchen with a score of 14.633 and the silver to her compatriot Tang Xijing but it was Biles who grabbed the spotlight by courageously returning to competition.

Biles, three times a world champion on the beam, finished with bronze but it was considered a victory after a dramatic Tokyo Games in which she abruptly dropped out of the team competition last Tuesday after performing just one vault citing mental health issues.

The 24-year-old came to Tokyo eyeing a record haul of six golds, which would have made her the most successful female Olympian of all-time across any sport, but instead suffered a crisis of confidence that led to her withdrawing from the all-around, vault, asymmetric bars and floor exercise finals.

Biles, winner of four gold medals at the 2016 Rio Olympics, explained later she was dealing with the "twisties" -- a type of mental block where gymnasts are disoriented during their gravity-defying sequences.
« Back to LIVE

Images from the T20 World Cup match between Bangladesh and Sri Lanka, in Sharjah, on Sunday.

Prabhakar Sail, an independent witness in the cruise drugs seizure case, on Sunday claimed that a Narcotics Control Bureau officer and some other persons demanded Rs 25 crore from Bollywood superstar Shah Rukh Khan to release his son...

Lives In The Day In Kabul

Chidambaram, who is the Congress' senior election observer for the assembly polls next year, asserted that the Trinamool Congress' entry into Goa "appears to be an imposition from the top that is based in West Bengal" and said he does...

The Indian Army and the Jammu and Kashmir police imparted training in shooting to residents of Rajouri, J&K, on Saturday, October 23, 2021.