Spotted: Riquelme at the Frankfurt airport 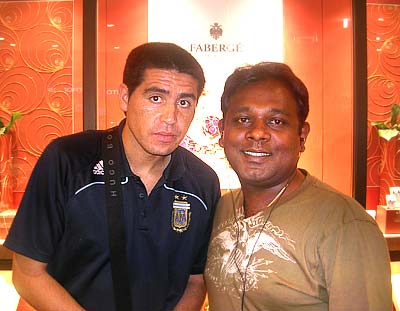 'After much deliberation, I approached him for a snap, and was pleasently suprised when he readilly agreed. It was a great feeling sharing a snap with such an awesome football player,' writes Subrajit.

Thank you, Subrajit, for sharing this picture!

General Rawat In The Days Before He Died