Caroline Wozniacki: Looking solid and sure 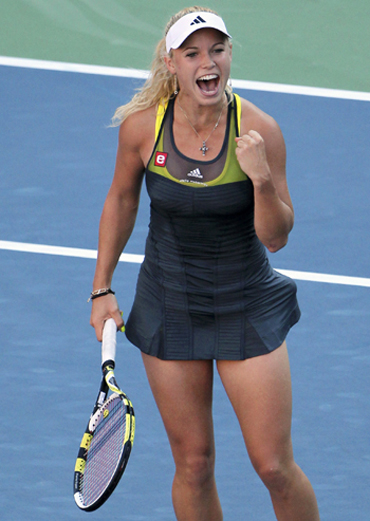 In tennis, it is very difficult for a player to make a mark.

Many players try day-in day-out to have their moments of glory. The rigours of the tour though ensure that only a few make the cut.

The rest either fall by the wayside or remain journeymen for their entire careers.

In the case of women, it is tougher. The history of women's tennis is replete with examples of dominance in a period by a handful of players, with the rest playing catch-up throughout their careers.

The present day scenario is no different.

Save a few like the Williams sisters and comeback queens Kim Clijsters and Justine Henin, the rest lack the consistency that is required to have a prolonged stay at the top.

The Russian contingent - save the sporadic success of Maria Sharapova, Svetlana Kuznetsova, or for that matter Elena Dementieva - also fall in the latter category.

None of the players coming out of the Russia, or Eastern Europe for that matter, in recent times has scored with regard to that one virtue in the game: consistency.

So, to witness a player who is trying to buck the trend is a pleasing sight.

And no one is making a bigger effort in this case than Caroliine Wozniacki.

The 20-year-old from Denmark has had a great 2010 - with four WTA titles to her credit already - and by booking a quarter-final berth at the US Open, where she is seeded No.1 for the first time in her nascent career, she has only succeeded in justifying the seeding.

Considering the fact that 2009 was her breakthrough year - marked by a final appearance at the Flushing Meadows - it also helps the Dane score on the consistency factor.

Having already accounted for former champion Sharapova, it won't surprise a bit if she is seein holding aloft the trophy come Saturday. 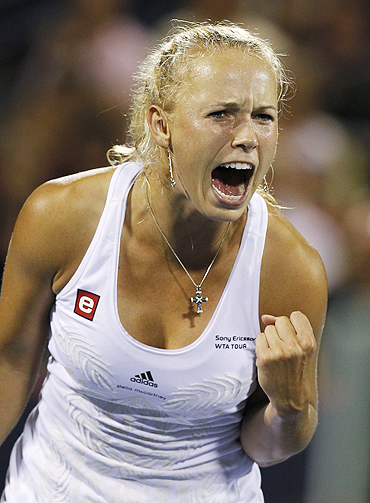 Wozniacki, like most aspiring players, had an inspiration. But in her case it was a tad surprsing.

It wasn't any great player she wanted to emulate. It wasn't Steffi Graf, by any chance. It was, in fact, Anna Kournikova.

Yes, you heard it right!

"To be honest, she (Kournikova) was always for me the girl that I wanted to be like, definitely," Wozniacki admitted.

"I thought she was very pretty and she was handling everything really nicely. You saw her everywhere in the commercials. I think I would more go for Kournikova," she added.

Wozniacki, now older and wiser, knows that it is the success on court that matters in the final analysis.

'I believe more in myself now' 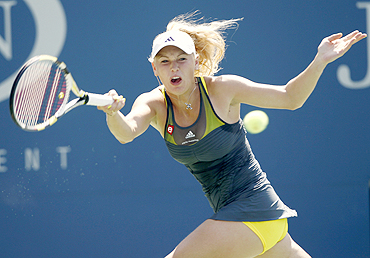 Wozniacki had a slow start to the year.

In her first WTA tournament of the year, at Sydney, she crashed out in the first round itself.

However, she improved as the year passed. A loss to Jelena Jankovic in the Indian Wells' final was followed by a triumph at Ponte Vedra Beach in April.

What followed were a spate of injuries and, consequently, a poor clay-court season, albeit ending on a high note with a last 16 showing at Roland Garros. It was the pre-quarters at the All England Club as well.

But, then, her fortunes changed for the better.

A win at the inaugural Danish Open not only brought her a second trophy in the year but also a first in front of her home fans.

At the Rogers Cup in in Montreal, she asserted herself well, dominating Russian Vera Zvonareva in the final. And in the week before the US Open, she successfully defended her title in New Haven.

Wozniacki admitted that confidence and self-belief had contributed majorly in helping her climb the ladder of success.

"I definitely think I've improved a lot, not only physically, but also I believe in myself more. I believe I can do it," she said.

"Also I think I can mix up my game a little bit more than I could last year," she added.

'I've shown I belong where I am' 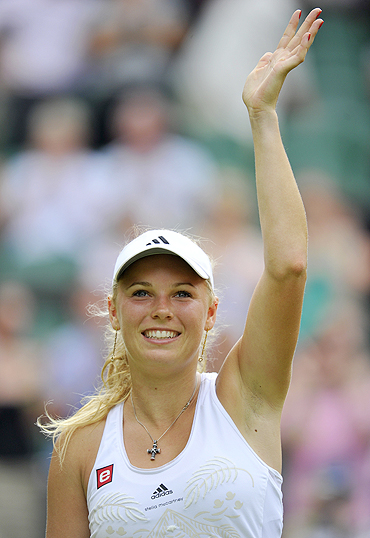 With world number one Serena Williams sitting out with a foot injury, Wozniacki got the top billing for the year's final major.

While there were some who questioned her seeding, the Dane has thus far let her performance speak, rather justify, for her billing.

"I think I've shown I belong where I am," she said, soon after her victory over Sharapova.

"For me, it's just about winning the matches. I think it's up to everyone else to judge what I've shown or not shown," she added.

A title triumph at Flushing Meadows will vault her past American Serena Williams and into the world number one ranking.

Besides, she also stands a chance to get the largest paycheck ever in women's sports: $2.7 million, including a $1 million bonus for winning both the US Open Series and the US Open, if at all.

With oodles of talent at her disposal and age on her side expect nothing less than big wins from this 'Great Dane'.