India has failed to emerge as a sports superpower 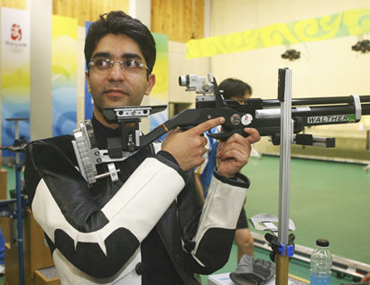 Former Indian hockey ace Viren Rasquinha tells Harish Kotian that 'Olympic Gold Quest' is all about producing champions who can win gold medals at the Olympics.

A population of more than one billion, yet India struggles to make a mark in major sports events. The country has just one individual gold medal to show from the quadrennial Games, thanks to Abhinav Bindra, who won the 10m air rifle event in Beijing two years ago. Otherwise, since the last of the country's eight Olympic gold medals from hockey, at Moscow in 1980, it's the same old story of India ending up with a just couple of medals at the Summer Games.

Many explanations have been given for the inability to excel on the biggest stage, several coaches have been tried out in various disciplines and a huge amount of money and time is invested, yet India has failed to emerge as a sports superpower.

'It takes just 6 grams of gold to lift the nation' 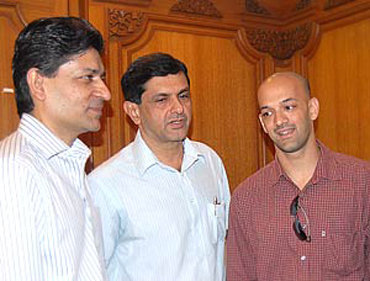 But hope has sprung since two of India's biggest sporting legends, Prakash Padukone and Geet Sethi, teamed to set up Olympic Gold Quest, in 2006.

The slogan on their website, 'It takes just 6 grams of gold to lift the nation', says it all.

Olympic Gold Quest is not about making athletes capable of competing, but about producing champions who can win gold medals at Olympics. Its Chief Operating Officer is former India hockey captain Viren Rasquinha, and he know best.

'Our priority sports are athletics, shooting, boxing and badminton' 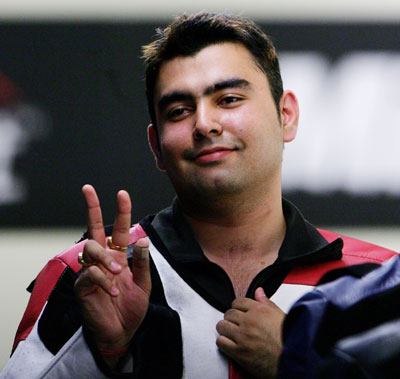 "Our mission is very simple, and that is to help Indian athletes win Olympic gold medals. Currently, we look after the training and preparation of the 22 athletes from individual Olympic sports. Our priority sports are athletics, shooting, boxing and badminton. We also have wrestling and archery as priority sports, but, currently, we don't have athletes from these two sports," Rasquinha told rediff.com .

Olympic Gold Quest is not about propaganda; it is about working towards individual sports -- to get the athletes the best coaches, facilities and trainers, to make them world beaters. 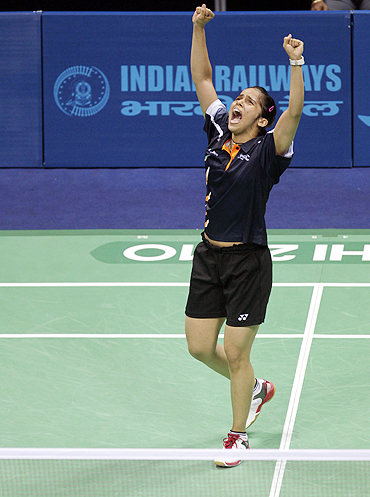 'We had to get the best nutritionist for Mary Kom' 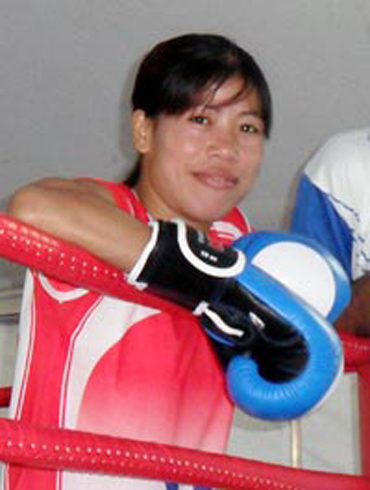 The former hockey ace also disclosed how OGQ's vision has made a big impact in the performances of a few athletes they have signed up.

"So, for example, M C Mary Kom is one of the athletes we support. For every athlete that we support we try to identify the gap that is required to make them the best in the world. For Mary Kom, it was trying to get a world class nutritionist for her. Although she is a five-time World champion, she has some work to do to get ready for the women's boxing event at the 2012 London Olympics, being held for the first time.

"In the Olympics, the weight category included is 48-51 kg; Mary Kom won her first four titles in the 46-kg category, while her last title was in the 48-kg category. So she has to scientifically put on weight and that is where we come in to help her to work very scientifically with a nutritionist, trainer and coach to put on the right kind of weight," informed Rasquinha.

'We got world class ammo from Hanover for Tejaswini and Narang' 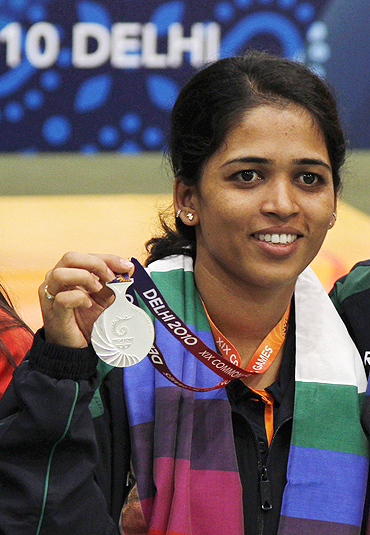 Another perfect example is shooter Tejaswini Sawant, who recently won the World Championships in Munich. It was all possible due to the intervention of OGQ. 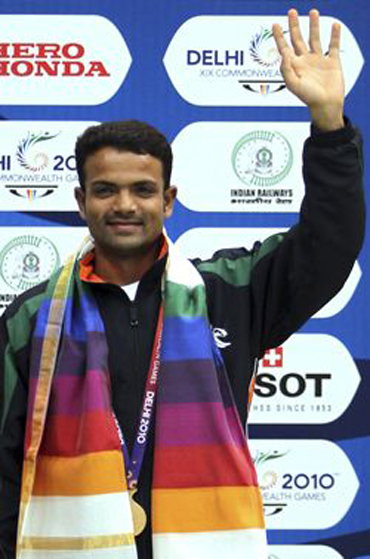 The 2010 Commonwealth Games has, perhaps, kicked off India's Olympic gold quest. At the just-concluded Games, India had ten OGQ athletes participating and out of those eight emerged medal winners, giving the OGQ a gold medal count of 12. Stars like Narang and Saina Nehwal stamped their class in their respective disciplines, while Suranjoy Singh, Omkar Singh and Vijay Kumar emerged on the horizon for Asiad and Olympics success.

"We also support the P T Usha School of Athletics. Tintu Luka is one of the top runners in the 800 metres in India and she recently broke the Shiny Wilson's 15-year-old record in the 800 metres. The athletes need to train with world-class equipment, and Luka, with the right kind of equipment, coach and exposure, has cut down 5.63 seconds in the last one year. That is amazing! That is kind of the improvement we have shown."

'I expect Suranjoy to become the next big thing in boxing' 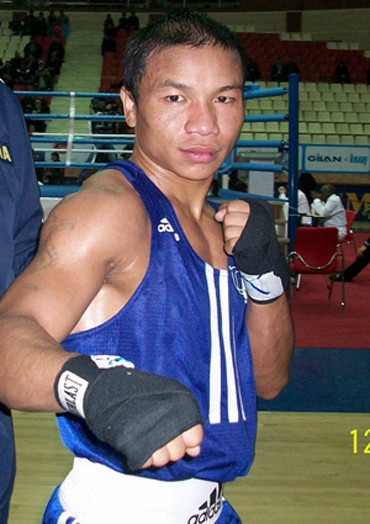 "Suranjoy is one of the top boxers in the country and I really expect him to become the next big thing in boxing. He has won five international gold medals in the last one-and-half year. I expect him to win gold medals at both the Asian Games now.

"We also support younger athletes like Rakesh Manpat and Rekha, who have done well at the junior level in shooting. Basically, we are trying to keep a balance between the established athletes and younger athletes," says Rasquinha.

'Important to have a sustained model of funding' 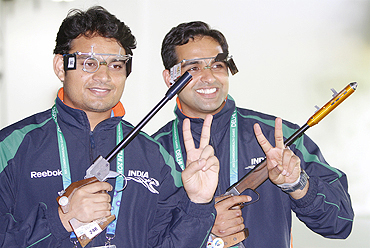 Asked why OGQ hasn't invested at the grassroot level, but directly signed up a few top athletes, Rasquinha replied: "We are still a very young organization. So, for a young organization we didn't want to go directly into the grassroot level. That is because if you don't have the right kind of funding and the right kind of bandwidth, you will do a shoddy job, because your programme will fizzle out. And it is important that you should have a sustained model of funding."

He also pointed out that it is important for the athletes signed up with OGQ to perform well at the Commonwealth Games and Asian Games as it paves the way for more sponsors. 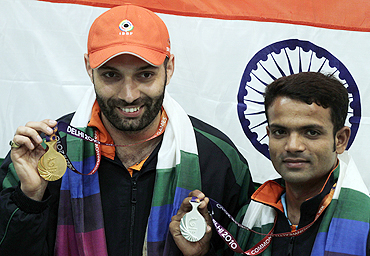 "In India it is a vicious cycle, because people want instant results. So it is important for us to perform at the Commonwealth Games, the Asian Games and then, finally, at the London Olympics. Once we do well I am sure the funds will start to pour in, because success has many godfathers. Then we can put in place a detailed plan of supporting athletes at the grassroot level and also increasing the number of sports that we support.

"Yes, our ultimate aim is to win a gold medal at the Olympics. The Commonwealth Games and the Asian Games are stepping stones and they are important for us because they will tell us where we stand, what mistakes we make, where we can improve and whether the athletes can take in the pressure. So it will give us a great benchmark to find out where we stand right now," he added.