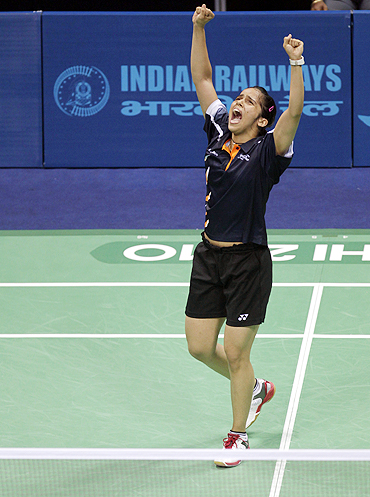 Top seed Saina Nehwal became the first Indian woman shuttler to win a gold medal at a Commonwealth Games after a gruelling three-game victory over Malaysia's Mew Choo Wong in the badminton singles, in New Delhi, on Thursday.

Aparna Popat won a silver medal in the women's singles event at the Kuala Lumpur Commonwealth Games in 1998, while Prakash Padukone was the first Indian to win a men's singles gold, at the 1978 Edmonton edition.

Syed Modi was the last shuttler to win a gold in the quadrennial event, at the 1982 Brisbane Games. 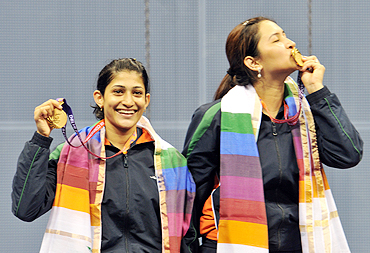 Malaysia won the men's singles gold after world No 1 Lee Chong Wei beat England's Rajiv Ouseph a 21-10, 21-8 in the final. 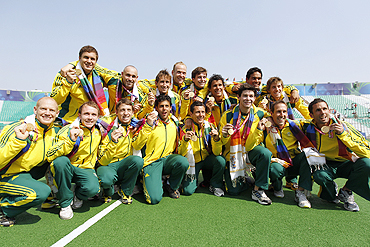 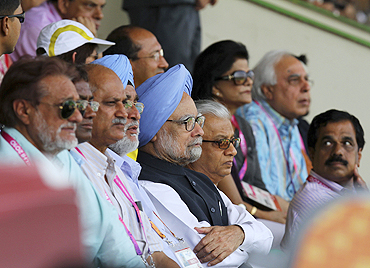 The sweltering conditions had no effect on Australia's performance as they proved too strong for the eight-time Olympic champions, completely outplaying the hosts with their power hockey in front a packed house, that included the likes of Prime Minister Manmohan Singh and UPA chairperson Sonia Gandhi, who sat at the VIP enclosure.

At the post-match press conference the disappointment in the Indian camp was palpable. "We played well in
the first 20 minutes, isn't it," said Dhananjay Mahadik, while dejected captain Rajpal Singh chose to say "Yeh unka din tha (it was their day)". 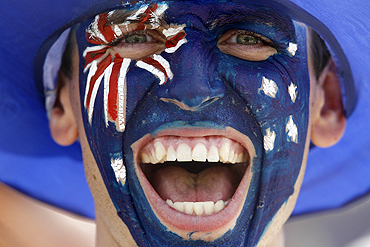 New Zealand returned to the podium after eight years with an 8-6 tie-breaker win over England to claim the bronze medal in the men's hockey competition.

The Kiwis, silver medallists in the 2002 Games, squandered a 3-1 advantage as England clawed their way back into the game.

The match had to be decided by the tie-breaker as the teams were locked 3-3 at the end of full-time and extra-time. 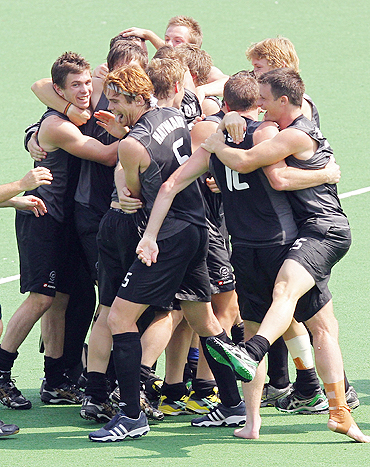 Dean Couzins and Hayden Shaw (penalty corners) and a field goal by Nick Haig featured on the Kiwi score-sheet while for England, the Mantell brothers, Richard and Simon, and James Tindall scored.

In the tie-breaker, the Kiwis got their five strokes on target through Couzins, Phil Burrows, Hayden Shaw, Andrew Hayward and Shea McAleese.

England converted only three of their four attempts, with Richard Smith, Richard Mantell and Ashley Jackson being on target. 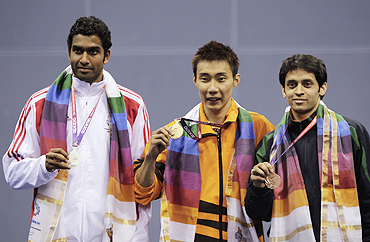 World No 1 Koo Kien Keat and Tan Boon Heong then outsmarted the English pair of Robertson and Clark Anthony 21-19, 21-14 in 37 minutes. 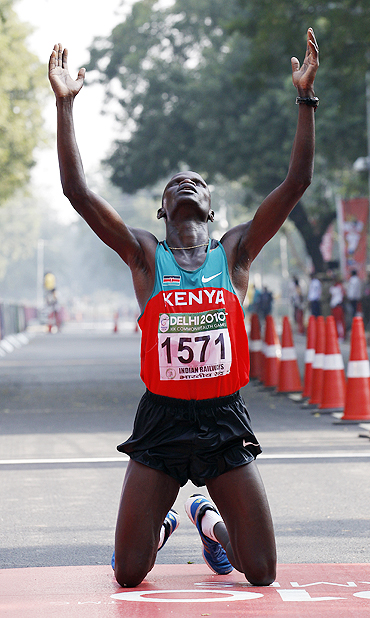 Kelai broke away from the pack midway through the race and crossed the line after two hours 14 minutes and 35 seconds.

Australia's Michael Shelly bagged the silver in 2:15:18s, while another Kenyan Amos Tirop Matui pocketed the bronze in 2:15:58s.

"I feel great. I am so humbled to win here. It is an honour," Kelai said.

"I didn't know I could be the winner. I knew it was going to be tough." 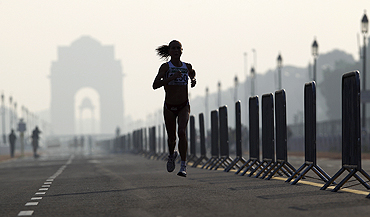 Irene Jerotich Kosgei made it a double treat for Kenya, winning the women's marathon.

The marathon races, which started at 6 am local time, drew few spectators despite a public holiday being declared in Delhi. 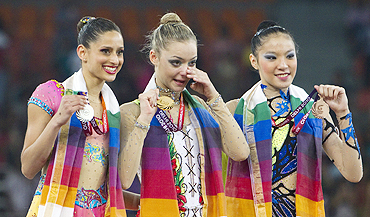 The 21-year-old Sydney gymnast also won gold in the team's event and all-around on the first two days of the rhythmic program. 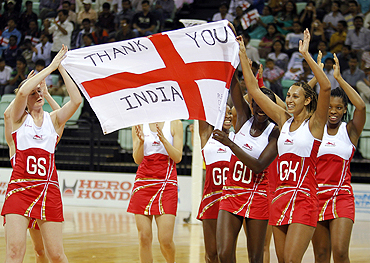 New Zealand beat Australia 66-64 in sudden death overtime to win the netball gold medal after the two sides had been locked together 58-58 after extra-time.

Earlier, England cruised past Jamaica 71-47 to win the bronze medal.

Victory over Jamaica was some consolation for England, who saw their gold medal hopes ended by Australia, courtesy of a 51-45 defeat in Tuesday's semi-final.