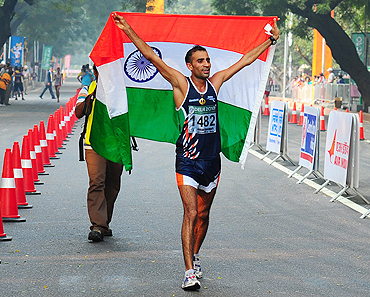 The 26-year-old Harminder finished a minute and 10 seconds behind silver medallist Luke Adams of Australia.

Another Australian, Jared Tallent, clinched the gold medal, after trailing Adams till the last two kilometers, in a new Games record of 1:22:18s.

However, there was disappointment for India in the women's 20km walk in which Rani Yadav was the best-placed at sixth after clocking 1:42:54s.

Another, Indian Sandhya Jolly, finished eighth with a timing of 1:51:44s, while Deepmala Devi failed to even finish and ended up bottom of the heap. 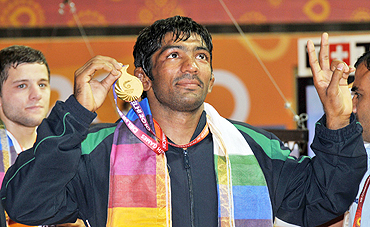 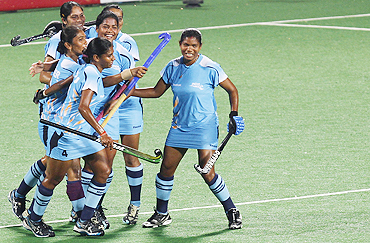 India beat South Africa 3-1 in their final Pool A women's hockey match but it was not enough to guarantee the home team a place in the semi-finals as the reigning silver medalist crashed out on goal difference.

India will now play the third place holder from Pool B for the fifth-sixth position. 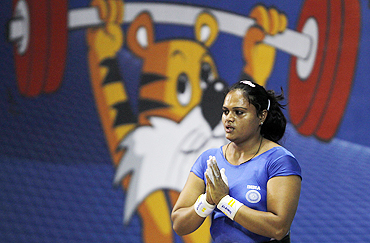 The winner of this category, Hadiza Zakari of Nigeria, finished with a combined effort of 239kg (110 in snatch and 129 in clean and jerk), creating a new Commonwealth Games record in all three sections in 75kg.

The silver medal was awarded to Marie-Eve Beauchemin-Nadeau of Canada, who finished with a total effort of 225kg (99 in snatch and 126 in clean and jerk). 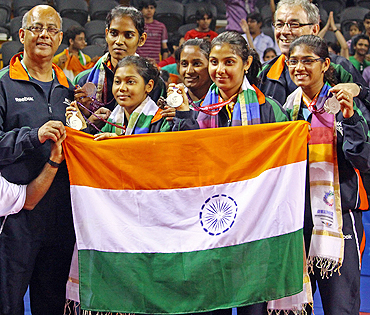 The Indian women's table tennis team couldn't go the distance and had to be satisfied with the silver medal. They were beaten by Singapore, who clinched gold.

Earlier in the day, the Indian men's table tennis team won the bronze medal after beating Nigeria 3-0 at the Yamuna Sports Complex.

Sania misses out on gold 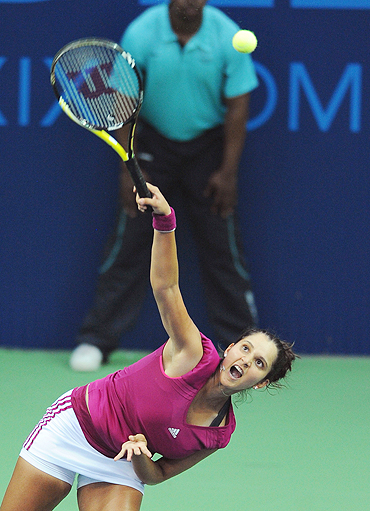 It was a mixed day for the tennis stars on court on Saturday. 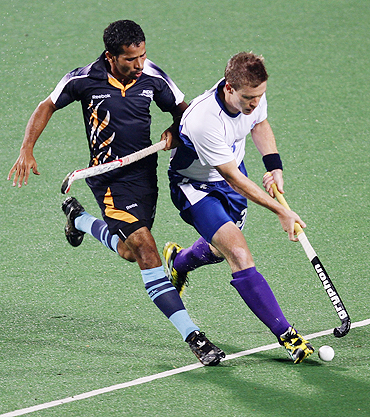 The victory over Scotland has the set tone for Sunday's high-voltage Indo-Pak match, which for the home team would be a virtual quarter-final as they need an outright win to progress to the semi-finals.