'We are not facing stars' 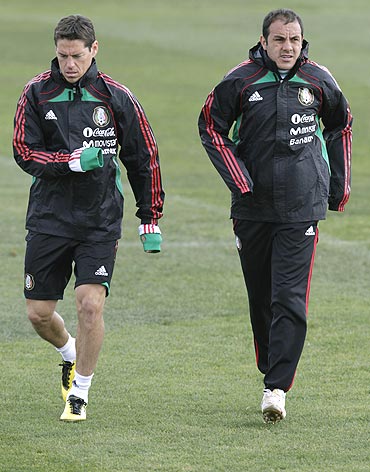 France's household names hold no fears for a side who upset champions Italy 2-1 in a warm-up game before holding the hosts to a 1-1 draw in their first Group A match.

"At the end of the day, we're not playing against their stars, we're playing 11 against 11," Mexico midfielder Gerardo Torrado said before facing the likes of Franck Ribery and Thierry Henry. "We have to be warriors."

The intriguing fixture in northern Polokwane looks a lot tighter than the sides' contrasting pedigrees suggest and France, who looked harmless in their 0-0 draw with Uruguay, can expect a fierce challenge from coach Javier Aguirre's men.

'France's form can change in an instant' 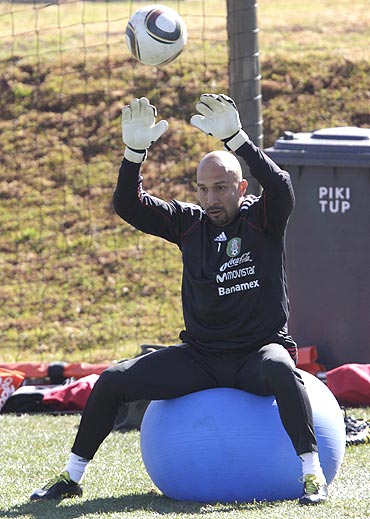 "They're an excellent side who can give any team a hard time," France coach Raymond Domenech said of Mexico. "I watched them against Italy and I was impressed. You must make sure they don't get too much possession, otherwise you're in trouble."

Another key to the match will be whether France's high-profile forwards, who have not scored an international goal since last November, will hit the back of the net at last.

"We can't put our trust in the fact that it has been a long time since they scored," said Mexico's defensive stalwart Rafael Marquez, who plays for Barcelona but knows French soccer well having had a three-year spell in Ligue 1 with Monaco.

"They're maybe not in the kind of form that we're used to seeing them in but that can change in an instant," he added. Such are the 1998 champions' worries up front that Domenech might decide to bring back Henry, their most prolific scorer with 51 goals from 122 appearances, in place of Nicolas Anelka at centre forward.

Domenech, who boldly introduced an attacking 4-3-3 system during his side's preparations, is expected to revert to his preferred, more cautious 4-2-3-1 system against Mexico with Jeremy Toulalan and Abou Diaby in front of the defence.

Aguirre could also make a few changes and may opt for Guillermo Ochoa in goal after Oscar Perez's shaky showing against South Africa.

The experienced Cuauhtemoc Blanco, now 37, and young Javier Hernandez, 22, could also start in attack, at the expense of Carlos Vela and Guillermo Franco respectively. 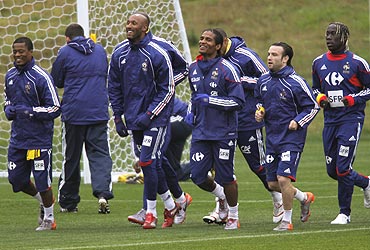 Surviving a group from which any side could advance would be satisfying for Mexico, who dream of equalling their best World Cup performances, quarter-final appearances in both 1970 and 1986 on home soil.

France, whose first duty is to avoid another early exit following their Euro 2008 flop, are more ambitious and targeting a repeat of their run to the last World Cup final.

"We must show more accuracy in front of goal but physically, we're better prepared than in 2006 and I honestly believe we are capable of doing just as well this time, if not better," said midfielder Florent Malouda, who should start Thursday.