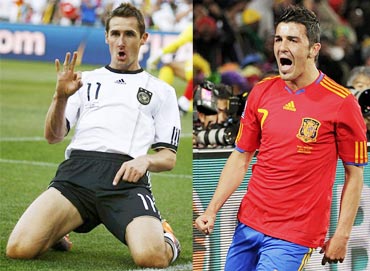 Germany's World Cup semi-final opponents Spain are far more dangerous than Argentina, with their game based on the world's best teamwork and not just individual qualities, said coach Joachim Loew.

Germany crushed the Argentines 4-0 in the last eight after stifling their playmaker Lionel Messi but Loew said European champions Spain were a completely different proposition.

"They are the country with the greatest consistency for the past two to three years," the 50-year-old told reporters ahead of Wednesday's showdown in Durban.

"Spain do not have one Messi. They have more than one Messi. Especially in attack there are many players who can decide a game. Spain are not like England and Argentina, teams that make mistakes.

"They make very few mistakes in offence or defence so we have to force them to make those mistakes," added Loew.

'Spain's midfield has a well-oiled axis' 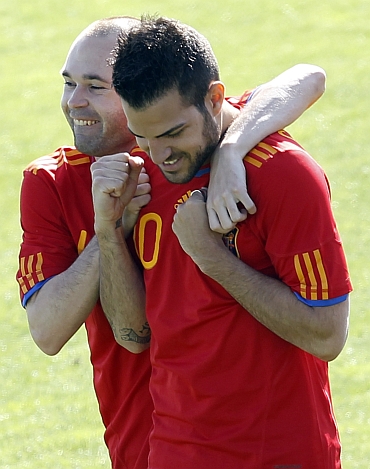 Loew, who will need to replace suspended striker Thomas Mueller, singled out Spain midfielders Xavi and Andres Iniesta as the engine that needs to be switched off.

"Spain's midfield has a well-oiled axis with Iniesta and Xavi. But (Germany's) Sami Khedira and (Bastian) Schweinsteiger are good as well so there will be a key situation there to carve out advantages," he said.

Khedira, nursing a thigh muscle injury picked up in the quarter-final, should be fit for the match, said Loew.

The coach's only injury real concern is striker Cacau, a possible replacement for Mueller. Loew said he could also opt to play Toni Kroos or even Piotr Trochowski in his place. 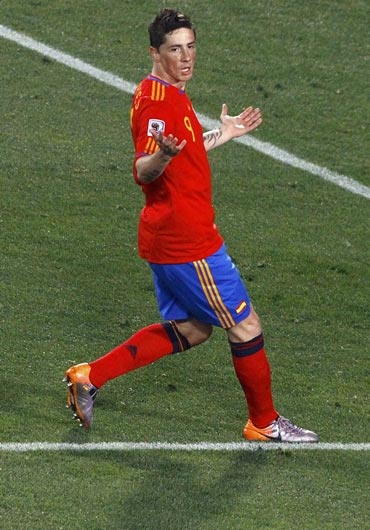 Spain coach Vicente del Bosque and his players have expressed their admiration for Germany, praising Loew's success in building a side out of exciting new talent mixed with experienced campaigners.

Del Bosque has indicated the European champions, who beat Germany in the Euro 2008 final, will stick with a fast-flowing, attacking style and, with the Germans employing similar tactics in South Africa, it should be an open, fluid match.

The form of Fernando Torres is a concern for Del Bosque, though he is likely to keep faith with the misfiring striker in a twin-pronged attack with World Cup top scorer David Villa.

Midfielder Cesc Fabregas hurt a shoulder after coming off the bench in the 1-0, quarter-final win over Paraguay but has said he will take a pain-killing injection to be available.

"We know we are on the verge of realising something that is the dream of any child, or any player," goalkeeper Pepe Reina told a news conference on Monday.