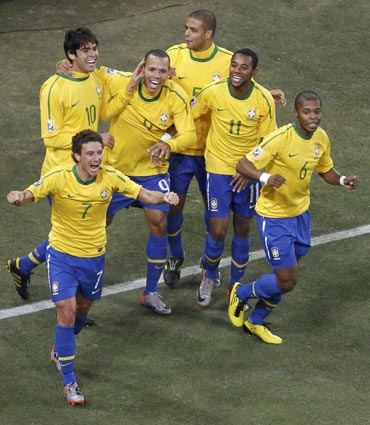 Brazil and Argentina have ousted Spain as the top picks for World Cup champions, according to a global field of 100 football fan economists polled by Reuters.

Impressed by a potent strikeforce and miserly defence, more than a third of the financial experts polled before the start of the quarter-finals tipped Brazil to add to their record tally of five trophies.

Diego Maradona's Argentina team were close behind with 31 votes and Spain -- favourites among analysts in Reuters' May 26 pre-tournament poll -- garnered 20 forecasts.

"We have long tipped Brazil to win the tournament, with Spain still expected to be runners-up and these conclusions remain unchanged versus our pre-tournament tips," said Peter Dixon of Commerzbank.

Nine economists have got their figures right so far While not exactly famed for their powers of foresight in soccer matters, economists have already fared better than in 2006, when a tiny minority forecast an Italian victory that year.

Only nine economists in May's pre-tournament poll have seen their choice for winner knocked out already -- mostly England supporters after their team's 4-1 capitulation to arch-rivals Germany in the second round.

"The failures of Italy, and particularly France, to reach the knock-out stage were an even bigger surprise," said Commerzbank's Dixon.

Ghana have a good time? 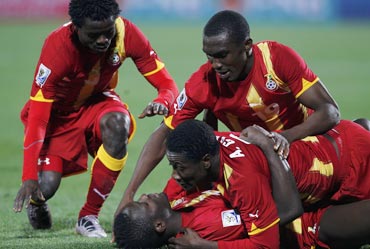 Only 35 out of 98 economists who gave a view said Ghana would make history by getting into the final four.

"I'm an African economist, just back from Ghana, and obviously biased, (but I tip) the Black Stars to become the first African team to get to the semis," said Razia Khan, head of Africa research at Standard Chartered.

Twelve analysts in May's poll thought Ghana would make it to the quarter-finals, and now two in the latest poll reckon the team will go all the way and win the competition.

One of them, Lande Abisogun at consultancy IDEAglobal, said: "While on paper Ghana is perhaps the weakest of the eight teams to gain a quarter-final berth, the players will likely receive huge support from the South Africans, which could spur them on."

Villa to be the top-performer 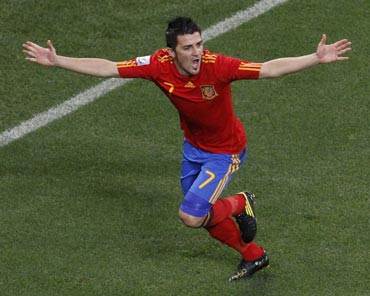 Respondents now see Spain's David Villa as the best tip to finish the tournament as top goalscorer, compared with Lionel Messi in the pre-tournament poll.

"Villa will score three more goals to take his tally to seven. Luis Fabiano will be a close second with six goals. Fernando Torres and Lionel Messi will not score a single goal in this World Cup," said Isaac Matshego, economist at Nedbank. 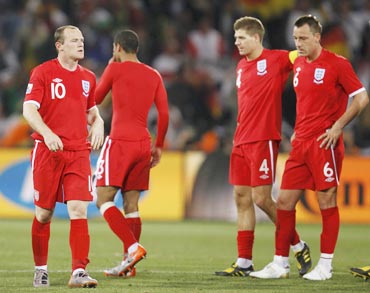 Some consultancies and banks employed complex statistical models to predict the World Cup winners, but several have already fallen flat.

While the system used by Commerzbank's Dixon looks accurate so far, JPMorgan's quant model went awry predicting an English victory. Others have stuck to old-fashioned guesswork and superstition.

Howard Archer of IHS Global Insight proved canny in the pre-tournament poll by warning England would suffer if they failed to select goalkeeper Joe Hart, a former player of English fourth-tier league side Shrewsbury Town.

"You can't go wrong with having a former Shrewsbury Town player in your side," he said in the latest survey.

"If Brazil had one, I would be even more confident that they would win," he added.