Images from the 2009 Brazilian GP in Sao Paulo 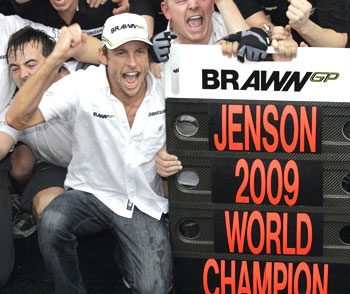 Jenson Button and his Brawn GP team were crowned Formula One champions with a race to spare in an action-packed Brazilian Grand Prix won by Red Bull's Australian Mark Webber on Sunday. 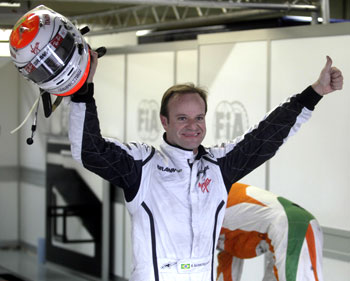 Button's closest rival and team-mate Rubens Barrichello suffered the heartbreak of a late puncture and crossed the line eighth after starting his home race on pole position.

While Barrichello's own title hopes were fading anyway before that, nothing could stop Brawn - the former Honda team saved from the scrapheap in March - from becoming the first team to take the constructors' crown in their first full season. 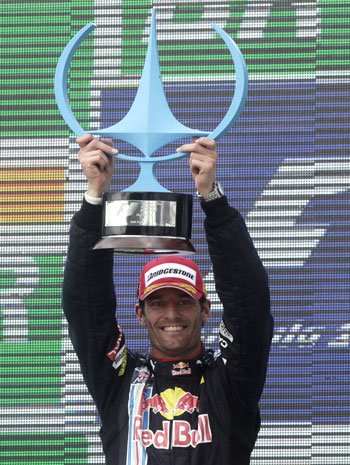 Image: Mark Webber celebrates after a podium finish at the Brazilian GP

"I think he (Button) can sleep better now because he's been absolutely bricking it after the last few races," Webber said with a smile, his victory completely eclipsed by the Brawn celebrations. "He can enjoy (the last race in) Abu Dhabi." 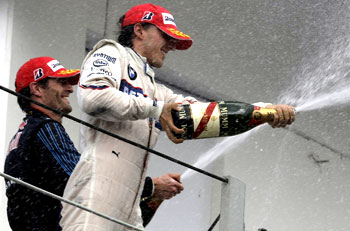 Image: Robert Kubica (right) and Mark Webber celebrate on the podium at Interlagos

Poland's Robert Kubica was second for BMW-Sauber with McLaren's outgoing world champion Lewis Hamilton taking third place from 17th on the grid at the circuit where he clinched the title in a 2008 thriller.

It was the first time in 40 years that Britain had back-to-back champions. Bizarrely, it was also the second time in a row that an Englishman driving car 22, with a Mercedes engine, had finished fifth to win the title in Brazil. 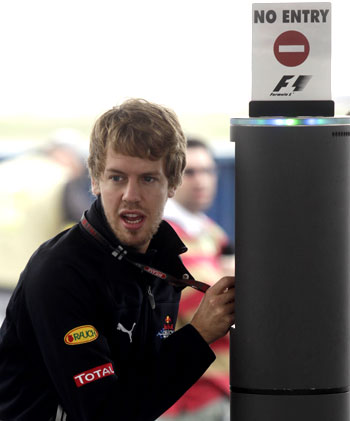 Red Bull's Sebastian Vettel, the 22-year-old German, who had needed to finish in the top two to have a chance of staying in contention for the title, took fourth place on a hot and humid afternoon at Interlagos.

"I think there is a guy at Brawn who is happier than me today," said Vettel. "At one point I was praying for rain, there was the smell of rain, but it didn't come."

Button, winner of six of the first seven races, now has 89 points to Vettel's 74 and Barrichello's 72.