'Hating tennis was a deep part of my life' 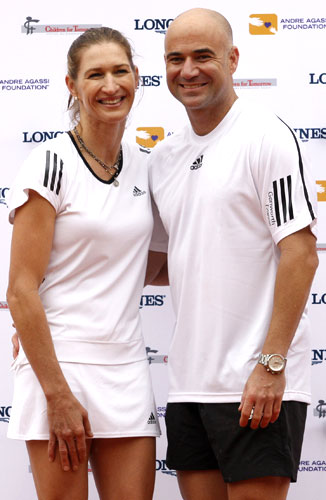 Tennis star Andre Agassi's disclosure that he took a drug known as crystal meth and got away with it, is only one of the startling revelations in a new autobiography. What Agassi has to say about tennis is also pretty startling.

He says that it was sport that he didn't choose and couldn't escape from, and adds that it was a life that often made him feel empty and depressed, despite having earned close to a $100 million from it.

For both Steffi Graf, his wife, and Andre, tennis isn't what it used to be.

"It is a little fun. Come on!" Graf replied, laughing.

Agassi reveals to CBS television network that for most of his life he hated tennis with "a dark secret passion" but never let anyone know.

"I think I was just flat out scared. Just didn't know what people would do if they heard the way I felt," he says.

"I have to call it like it is. And, hating tennis was a deep part of my life for a long, long time," he added.

'Dad saw tennis as the quickest road to the American dream' 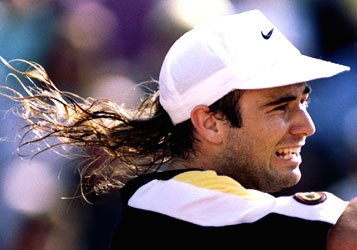 He also blames his father, Mike Agassi, a first generation immigrant from Iran, for driving him so hard that by the age of six, he was practicing four to five hours a day.

"Well, I think he drove me hard because he drove himself hard. Tennis was a passion that he had from when he was a little boy himself. And he saw it as the quickest road to the American dream for his kids. Somethin' that, you know, he wanted for his family," Agassi explained.

But according to the book that's not how he felt. He wanted to quit, but was afraid to tell his father, who he calls "Pops".

'For tennis, my dad was a maniac' 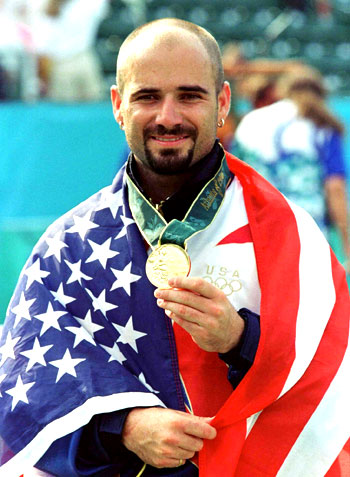 Agassi described his father, Mike, as a "maniac" who was prone to fits of rage and he also revealed that his father was so obsessed with tennis he thought school actually got in the way.

Asked what his father's attitude was towards school and education, Agassi told CBS: "Unnecessary, takes up too much of the day because we should be hitting tennis balls; we could literally be driving to school and he could strike a deal with us to turn the car around as long as we get out there and play additionally. He just never thought a whole lot of it. And, neither did I."

'Take the money and turn pro' 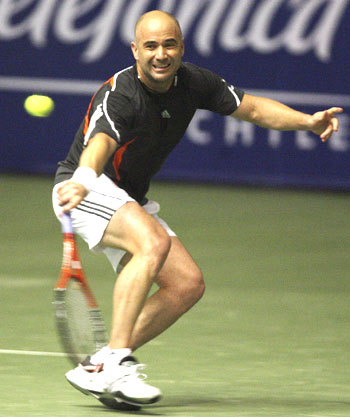 He was sent to the Nick Bollettieri Tennis Academy in Florida when he was 14, dropped out of school in the ninth grade, and when Agassi called his dad and asked him if he should turn pro at 16, he said his father reacted like this:

"He was like 'Hello? Who am I talking to? What are you gonna do? Be a doctor? You don't go to school, take the money and turn pro.' And while he was right and while I probably knew I would make that choice anyhow, I just didn't quite like the way he put it."