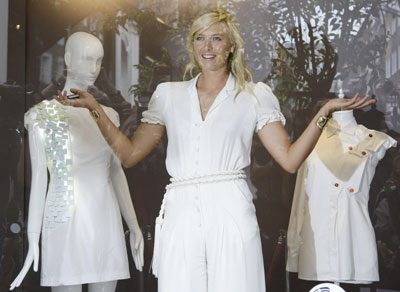 Tennis was the last thing on former champion Maria Sharapova's mind just five days before Wimbledon as she posed in the window of a luxury department store on Wednesday.

In a 'snow white' avatar 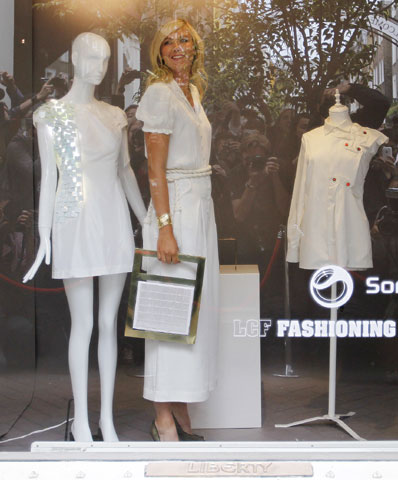 Wearing a white v-necked jumpsuit and a pair of brown high heels at the central London store, the 22-year-old was on hand to lend her support to a young fashion student who had designed a blinking dress. 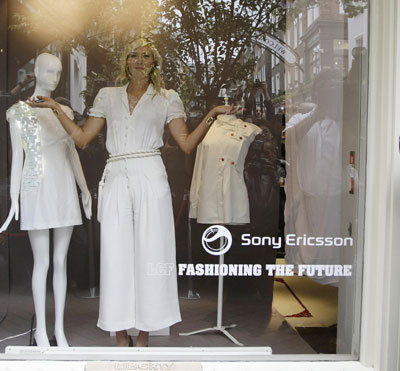 Sharapova, who has won three grand-slam titles, returned to singles play last month after a nine-month layoff with a shoulder injury.

She participated at the Warsaw Open before reaching the Roland Garros quarter-finals. 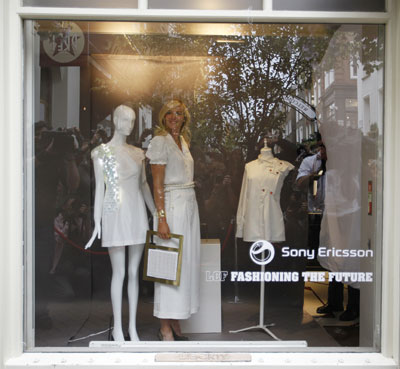 "Why not," Sharapova told Reuters in a television interview earlier this month of her prospects for winning another Wimbledon title.

"I think if it wasn't a possibility I probably wouldn't be playing."

Sharapova, who won at Wimbledon in 2004, last year was eliminated in the second round by compatriot Alla Kudryavtseva, who was at the time ranked 154th in the world.