The shoddy state of the Games Village stood exposed on Saturday when the Indian boxing team checked in at their residential block only to find defending Commonwealth Games gold medallist Akhil Kumar's bed collapsing.

The 10-member Indian team, comprising among others, Olympic and world championship bronze medallist Vijender Singh, were kept waiting for nearly four hours at the Olympic Bhavan in New Delhi for the bus to take them to the Games Village.

On reaching the Games Village, Akhil said it was a rude shock as his bed collapsed when he sat down to take rest after a long journey. 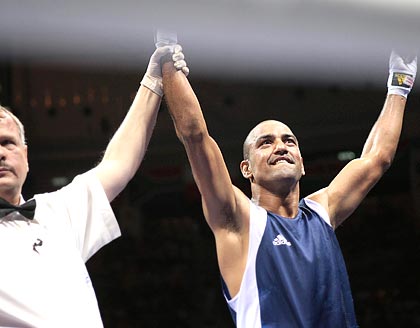 "We reached at the Olympic Bhavan late in the afternoon to collect our accreditation cards. But when I sat down on my bed to take rest, it collapsed," he said.

"I checked the bed and part of it has no plywood. It was very disappointing after enduring a long journey. The athletes are at least entitled a decent place to rest. Even the toilets are not very clean. I have told coach Gurbax Singh Sandhu about this," said the boxer who will compete in 56kg at the Commonwealth Games.

Accompanied by national coach Gurbax Singh Sandhu and Cuban coach B I Fernandes, the team has come to the venue after months of training at the Naitonal Institute of Sports (NIS) in Patiala.

Boxers join the weightlifters and netball players in arriving at the Village, which was severely criticised by international delegates some days ago.