Bhupathi gets engaged to Lara Dutta 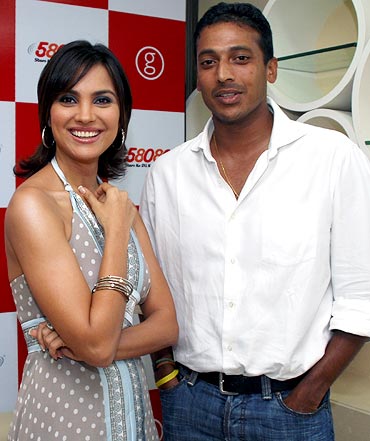 Bhupathi had walked out of his six-year old marriage with model Shweta Jaishankar in July this year.

"So Lara Dutta and me got engaged in NY (New York) last week. Its official now," Bhupathi, who is in Chennai for a Davis Cup play-off tie against Brazil, wrote on his Twitter page.

Bhupathi and Shweta had said they were separated for over two years and had "irreconcilable differences" and were only serving each other a loveless existence.