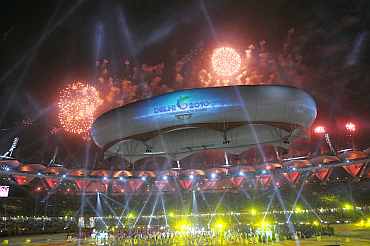 The Australian media hailed India and people of Delhi as "gracious hosts" for delivering a successful Commonwealth Games, overcoming all the hurdles they encountered in the controversy-ridden build up.

So impressed was the media that it went to the extent of saying that Delhi Games will never be forgotten.

The Delhiites came in for rich praise but the Organising Committee continue to be attacked for bringing 'shame' on the people of the country.

'In the end we all were all love with India' 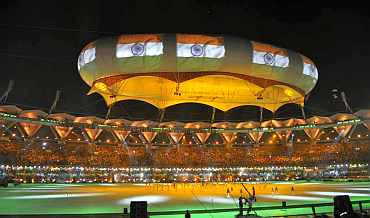 In a Daily Telegraph report, headlined: 'Delhi farewells dramatic Games' the scribe writes, "In the end we all were all love with India - they were gracious hosts - but we never fell for the Games' organising committee.

"Ask any Delhiite and they would speak about the shame this bungling, bumbling and self-serving committee had brought upon them."

Writing about the closing ceremony it said, "So Delhi said a zesty goodbye and Glasgow proudly took up the responsibility to fly the Commonwealth Games flag."

"Delhi has bid goodbye. But never, ever, will these Commonwealth Games be forgotten."

'They are entitled to be proud of their Games' 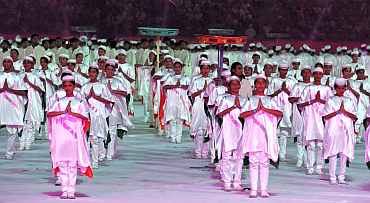 The photo gallery of the Daily Telegraph also praised the closing ceremony.

"Delhi bid farewell to the Commonwealth Games overnight in typically exuberant fashion, as athletes and dignitaries enjoyed a closing ceremony full of colourful spectacle that featured a look ahead to Glasgow 2014," said a caption.

The SMH report said, "The people of Delhi have worked day and night to turn a shambles into a success."

"Here's something you probably haven't read outside India this past fortnight: The people of Delhi have done a terrific job, and are entitled to be proud of their Games.

"Faced with greater hurdles than Sally Pearson will ever clear, they've pulled it off admirably and deserve better than the carping, nit-picking and borderline racism that has masqueraded as informed coverage of the Games."

Kalmadi, Bhanot have let their country down 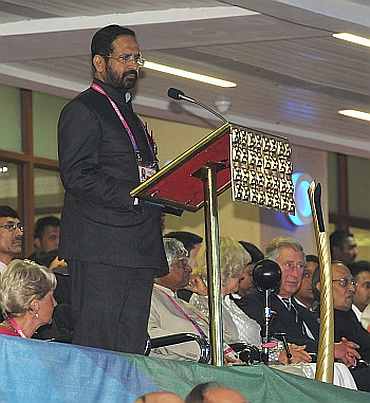 The report though attacked OC Chairman Suresh Kalmadi and Secretary General Lalit Bhanot for their 'incompetence'.

"Neither the people of Delhi nor India as a whole can be held accountable for the incompetence of organising committee chairman Suresh Kalmadi and his offsider Lalit Bhanot.

"They have let their country down, and their failure to meet basic expectations (the ''organising'' bit, for starters) should ensure neither is left in charge of running so much as a tandoori chook raffle in future."

"Delhi farewells Games in style," the photo gallery of The Age said.

More
© Copyright 2022 PTI. All rights reserved. Republication or redistribution of PTI content, including by framing or similar means, is expressly prohibited without the prior written consent.
Write a
Comment
Print this
article
MOST
RECENT