If the Indian team's performance during the men's hockey semi-final victory over England at the 2010 Commonwealth Games on Tuesday was entertaining, their coach was even more enthralling after the match.

Spaniard Jose Brasa, speaking in his now-familiar broken English accent, sounded a lot like one of football's great managers and his namesake, Jose Mourinho.

In typical Mourinho style, Brasa took the opposition head on and countered every allegation the England team management levelled.

Following the second semi-final, which India won 5-4 via the tie-breaker after the teams were locked 3-3 at the end of full-time and extra-time, England contested that two of India's goals, including the one scored by Arjun Halappa in the tie-breaker, were illegal. 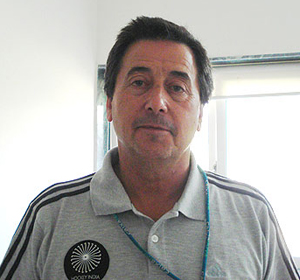 "I can't say too much on this. I stood behind the guys who were taking the flicks and I couldn't see properly. But a lot of the people seem to say he was dragging the ball when he was flicking it. I don't know how long it's been outlawed, but it must be five, six years at least. I think we all know the rules. The umpires all know the rules," England captain Barry Middleton said after the match.

Even Richard Alexander echoed his captain's words and claimed two of India's goals in the tie-breaker were not as per rules, adding they felt cheated.

"Two of their penalty goals shouldn't have been given because they were dragging the ball. You can't do that. I can only assume the rules have changed.

"It's not as it we're trying to make something out of nothing here. They broke the rules.  It's hard when you feel like you've lost to someone breaking the rules," he said.

The England hockey ace then claimed even India's third goal in the second half was not legal, and the umpires ignored their protests.

"The third one we feel the umpire's seen it. He's said he's happy with what happened. We feel when someone swings for the ball and misses that's pretty poor technical ability and affects the game if our guy's about to tackle him and he has to take evasive action to get out of the way of it and it affects the game."

India's coach hit back immediately, claiming that all three goals England scored in the match during in regulation time, through penalty-corners, were 'illegal'.

"Not one of the English short corner goals was legal," Brasa declared.

"You analyse the video and you will find some mistakes that are not in the rules or against the rules in the English goals."

Brasa then explained in detail why he believes England did not deserve all the three goals scored from the penalty-corners.

"If the umpire would have repeated the free-hit from the right position the 10 seconds would have gone. Therefore, the first short corner of the English team, we can say just watching with the lens, that it was not a short corner."

The second goal is not in accordance with the laws, he asserted.

"The third one, Mantell did obstruction and let the ball pass between the legs and get to the third player, who scored. We watched see and look for umpiring with the lens and video we found a lot of mistakes but these three are very clear," he added.