Sania worried about future of women's tennis in India 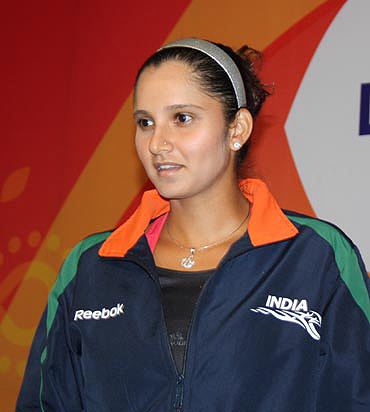 Sania Mirza heralded the rise of women's tennis in India in the 21st century. Now, she is worried about what the future holds for the game in the country.

India's No 1 women's player is concerned about the lack of young talent coming forth in the women's game, but hopeful that the Commonwealth Games will signal a turnaround.

Since bursting on the scene as a teenager in 2003, Sania is the lone flag-bearer of Indian women's tennis, as not many players stepped up to challenge her supremacy. However, over the last couple of years, even the 23-year-old -- dogged by a spate of injuries -- is struggling to live up to expectations.

At the Commonwealth Games, Sania won the silver medal in women's singles and had to settle for bronze in the women's doubles, failing to win a medal in the mixed doubles despite partnering doubles specialist Leander Paes.

The Hyderabadi ace, speaking with Senior Associate Editor Harish Kotian, discusses her career, the future of the women's game in the country and the tennis team's not-too-good showing at the Delhi extravaganza. 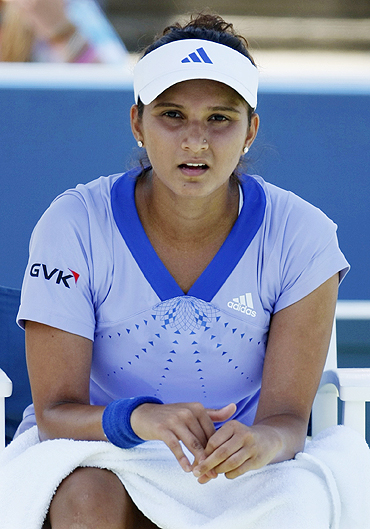 Isn't it depressing that Nirupama Sanjeev had to come out of retirement to play in the 2010 Commonwealth Games? Why aren't young Indian female tennis players coming forth?

Poojashree Venkatesh is the only young prospect at the moment. It is pretty unfortunate that Nirupama [Sanjeev] had to come out of retirement and play in the Commonwealth Games. The fact is, in 2005, when I came out, I came out of the blue and there was no one before that.

Nirupama was the one holding the flag and bearing it the whole before she retired. Then I came into the picture. I hope someone will come, because, as you know, we can't play forever. Like Mahesh can't play forever and Leander can't play forever, even I can't play forever. I really do hope that now that we have had this Commonwealth Games -- we have so many new facilities and new infrastructure available -- we take full advantage of it and a lot of young girls make it to the top. Obviously, it is easier said than done, and I know that better than anyone.

'I enjoy competing under pressure' 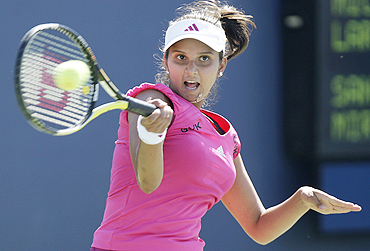 Was there any extra pressure during the Commonwealth Games?  You were playing in front of home fans and everyone wanted you to win?

There is always pressure. I have been playing tennis and been in the spotlight for the last 5-6 years now; so I am used to it. It is not easy, but, as a sportsperson, it has become a part of life and you have to deal with it.

I enjoy the pressure. I always believe that the day I stop enjoying pressure I will quit. But, as of now, I am enjoying it, enjoying performing and enjoying competing under pressure.

'When I'm injury free, everything falls into place' 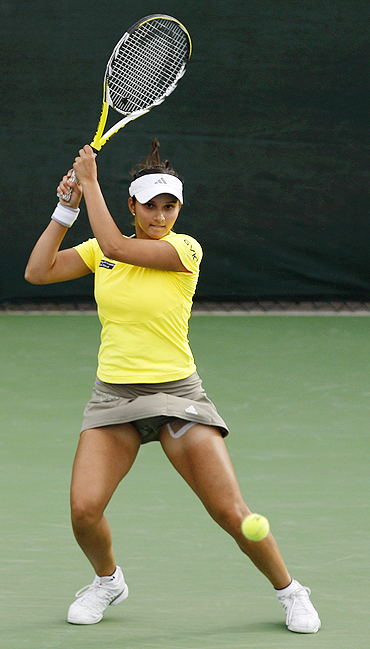 How would you analyse your performance in the Delhi Games?

Personally, it has been a very good tournament for me with two medals. I just missed out on the gold, but in a match like that it comes down to luck. It is not about tennis anymore when you lose 7-6 in the third set.

I have been playing well and last few months I have been injury-free touch wood! When I am injury-free, I think, everything else falls into place and that is showing. I have a couple of tournaments before the Asian Games.

The next big tournament is the Asian Games, and all along I have been saying that the Commonwealth Games and Asian Games are my two big priorities for the year. I am looking to a good Asian Games as well.

'We should celebrate that we won four medals in tennis' 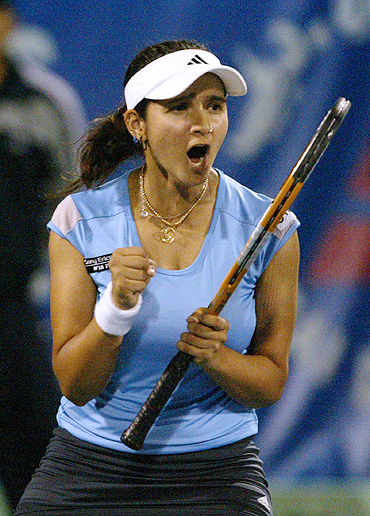 India were favourites to win a few gold medals in tennis at the Games, but we ended up with just one gold medal despite having so many experienced players, especially in doubles. What went wrong?

I don't think you can predict before a match that someone can win something. You can't make an assumption that someone is definitely going to win the gold medal. In sport it does not work like that.

Yes, me and Leander [Paes] had the best chance of winning the gold, because we had won it at the Asian Games too. Leander and Mahesh [Bhupathi] were obviously the favourites to win the doubles, but that is what tennis is all about. You never know what happens.

'The schedule could've been better but we shouldn't make excuses'

Would you agree that the tennis schedule at the Games was tough and might have played a part in India not winning as many gold medals as expected?

The scheduling was busy, but we as tennis players are used to playing so many matches, especially me, because I play singles and doubles matches every week.

Mahesh and Leander play doubles and mixed, but I think the match they won 7-6 in the third set took its toll. They are obviously not at the youngest part of their careers; they are around 36-37 years old and it does take a toll on your body.

The thing is that my body is different to theirs. I did the same thing the day before yesterday when I played my final. I played the doubles right after. I played the singles match which was far more physically exerting.

If you think of that in hindsight we can make excuses and say we should have done this and the scheduling could have been better, or the fact that Leander and Mahesh played on court one, which is completely different to the centre court. It is so fast and takes a lot to adjust.

But we cannot blame it anyone else. Yes. I agree that the scheduling could have been a bit better, but I don't think we should make any excuses.

'For me country comes as priority' 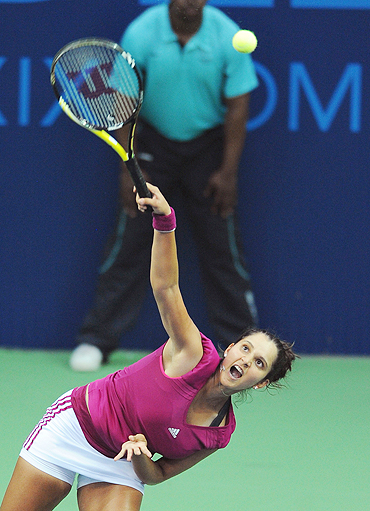 How different is it playing for your country, like at the Commonwealth Games, and performing in Grand Slams?

We play individual events mostly, so we are not used to playing team events. When we play Grand Slams, we are not allowed to have India written on our backs. It is very different when we play for the country.

For me, the Commonwealth Games was special, and the fact that it was being played in India was even more special. When you play for the country you grow up a notch. I think everyone could see that in the last one week. You want to get that medal for the country and you want it more than anything else in the world.

Everything is important in its mode, but for me country comes as priority.

'There was a lot of drama; the final had everything' 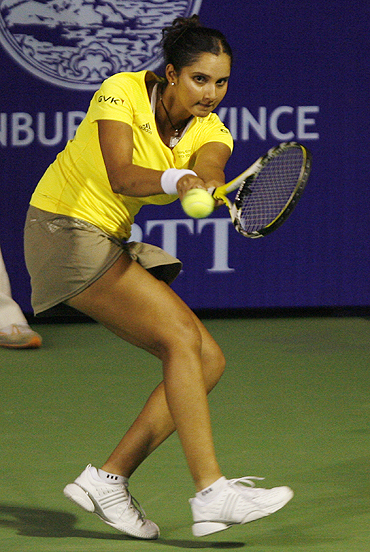 Do you think you failed to take your chances in the last set of the singles final?

When you lose 7-6 in the final match, it is not about whether you played good or bad; it is about one or two points here or there. When I look back, I don't think I could have done anything more differently, having saved match-points and everything else that happened. There was a lot of drama in the match; it had everything.

I think it was a great final for the spectators, for tennis, and, unfortunately, it didn't go my way. But I hope the Asian Games will be different. 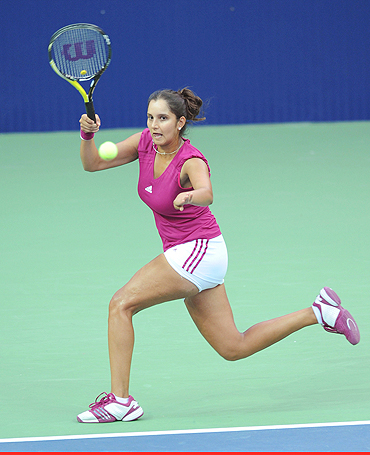 Tennis made its debut at the Delhi Commonwealth Games, but it won't be a part of the next Games, in Glasgow in 2014. What's your view on that?

I have heard this about 2-3 days ago that tennis won't be part of the 2014 Games. Those Games are after four years now and you can't be sure whether we will retire or be there. Unfortunately, it is not there, so I am happy that this was the first time that tennis was included in the Games and I won a gold medal.

'I feel I am back playing really good tennis' 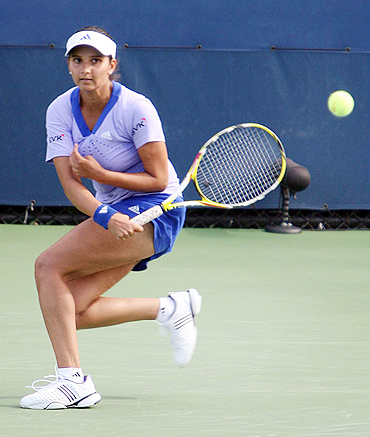 Are you happy with the way your game has shaped up in the last few months?

It is always tough when you are out [injured] for five out of nine months of your playing schedule. I was injured for most part of the first half of the season. I have been playing just before Wimbledon and the good news is that I have played a lot of matches in the past one week, but my body is feeling fine and my wrist, more importantly, is feeling fine too.

And, like I have said earlier, if you are injury-free and healthy, everything else takes care of itself. Obviously, I can see myself playing better and better in every match. I feel like I am playing really good tennis and I am back to where I was. I still feel I need a lot more matches to get kind of match-fit, but I am heading in the right direction.

'Bopanna and I haven't lost a mixed doubles match till date' 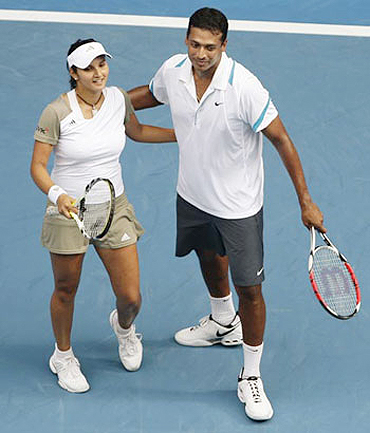 If given the choice, who would you like to partner: Leander Paes or Mahesh Bhupathi?

First of all, I don't choose, the association chooses. I don't think it is fair for me to choose between two great champions; it would not be right. Me and Leander won the gold in Doha [Asian Games]; me and Mahesh played a lot of tennis in Grand Slams. In fact, many of you wouldn't know that me and Rohan Bopanna have never lost a match in mixed doubles till date.

I play pretty well with all three of them and they all are very good players. Mahesh and Leander will obviously go down as one of the best players in the world, so it would be unfair for me to choose.