After playing exhaustive chess for over three decades, Viswanathan Anand has assured himself a place in the league of all time greats as he retained the World Championship crown with consummate ease against Veselin Topalov in his own den in Sofia, Bulgaria on Tuesday. 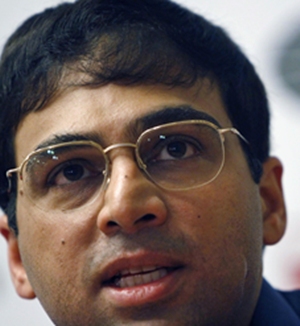 With this win, Anand has accomplished something which no other chess great, not even Garry Kasparov has done. He has asserted his supremacy in world chess by winning the title in every possible format of the tournament. Anand has won the world chess title three times in a row and against various opponents, including two different ones in matchplay format.

He has won in the knock-out, round-robin and two matchplay formats to show his critics that he can stand the test of time.

Anand now has to his credit, a rare combination of three consecutive World Champion titles and four overall, including the knockout format that he won in 2000.

Anand started playing chess at the age of six and won his first national title in the sub-junior tournament with a record hundred per cent score of 9/9 points in 1983-84. Hereafter, there was no looking back for the Chennai chess king.

He was tied second place and awarded the bronze medal at the World sub-junior Championship in 1984 and later became the Asian Junior (under-19) Champion in 1983-84.

His success rate scaled heights when he was crowned International Master at 15, the youngest Asian to achieve this distinction. Then in 1986 he went on to become the youngest national champion at the age of 16, and year later he became the first Asian to win the World Junior Championship in Baguio City in Philippines.

The World was introduced to India's first Grandmaster in 1987. Anand earned the title only making two GM norms in quick time in India itself.

His spectacular profile kept growing as he became the first Asian to play the World Championship and attained the World No 2 position in the PCA Rankings list in 1995.

Anand won his first Linares title, the strongest tournament ever in the history of chess, in 1998 and in the same year he climbed up to the World number two in rankings. He also has the unbeaten record of claiming the prestigious Corus chess tournament five times.

He reached the pinnacle of his career when he became the 15th World Champion in 2000 after defeating Alexey Shirov in Teheran and ending Russian dominance over the game.

Famous for his lightening fast moves, Anand also established himself as the master of rapid chess with great victories at the Melody Amber tournament.

His other famous victories have come at Dortmund, Mainz, Wijk Aan Zee, Leon and Corsica Masters. At Mainz his record is a perfect 10 after he won the 10th title there in August in the main event of the chess Classics.

Anand also has the distinction of playing six computers simultaneously and winning (4-2) at an exhibition match at the Aegon Man Vs Computers chess event.

Anand, who returned to play in the Chess Olympiad after a gap of 12 years in 2004, captained an all-Grandmaster Indian team and emerged as the top scorer in the event. The team registered it's best-ever finish at the tournament after finishing a credible sixth.

Anand has also been honoured with the Chess Oscars three times on the trot. He is the only non-Russian after late American chess ace Bobby Fischer to win the award.

He has also been bestowed with the inaugural Rajiv Gandhi Khel Ratna, India's highest sporting honour, in 1991, besides the Arjuna Award, the Padmashri (the youngest recipient of the title), the Padma Bhushan, the Soviet Land Nehru award, the BPL Achievers of the World and Sportsworld's 'Sportsman of the year 1995' Award.

Anand, who shifted to Spain for better opportunities, also received the 'Jameo de Oro' the country's highest civilian award given to a foreigner.

Anand has also penned a book titled 'My best Games of Chess' in 1998. The tome won the British Chess Federation's (BCF) Book of the Year award.

And, having revolutionised chess in India, the 40-year-old Anand, who holds a degree in commerce, promotes chess through NIIT.

Some of Anand's major achievements: