Sports Minister MS Gill on Tuesday said the new regulation that seeks to limit the tenure of sports administrators has the backing of all political parties and is in fact a softer version of the original 1975 guideline.

Gill was rather taken aback by the reaction of the chiefs of various National Sports Federations (NSF) who vehemently opposed the regulation, questioning its timing since it came barely five months before the Commonwealth Games in the Capital.

The Sports Minister said he was requested by all political parties to limit the tenure of sports administrators.

"On April 22, there was a full debate on my ministry in the Rajya Sabha and all parties, barring none, urged me to have the regulation to limit terms (of the sports administrators), this being the demand of the sports people and the public for long," Gill said.

"I studied the issue with my officers and gave a considered order which should be read and re-read for total understanding," he said.

Gill said all he did was to bring back an old regulation and in fact relaxed the norm to allow NSF presidents to continue for 12 years, instead of eight suggested by the original 1975 guideline.

"I have only restored the regulation of the Indira Gandhi government. For the sake of the federation office-bearers, I have in fact softened the regulation and it's milder than the 1975 direction," he said.

The new regulation suggests NSF presidents, which includes long-standing Indian Olympic Association chief Suresh Kalmadi, cannot occupy the post for more than 12 years, with or without break, while secretaries and treasurers can serve eight years at a stretch and can seek a re-election only after a four-year gap.

"We studied the International Olympic Council (IOC) regulation and they require their president to have a 12-year term in total, no more, and to retire at 70.

"Therefore, our NSF presidents can continue for 12 years even if it is continuous. What more could we do?" he asked.

"I guess the current protest is frankly because my friends (in NSFs) want unlimited tenures which doesn't exist even in the IOC and most major sports federations in the world," Gill said.

The Minister also pointed out that the regulation doesn't mean the NSF office-bearers who have overstayed have to vacate the positions right now.

"We have also made it clear in the order that no one is to be disturbed right now. Elected office-bearers can carry on with their term. The regulation will apply from future elections, as and when they occur," he said.

According to the regulation, Kalmadi, who has been at the helm of the IOA since 1996, can continue till 2012 when the next election of the association takes place. 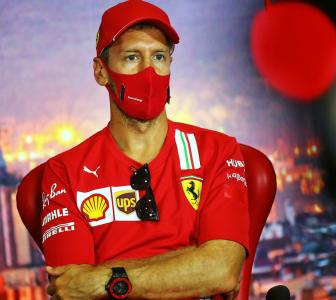 F1: Will Vettel see out the season at Ferrari?