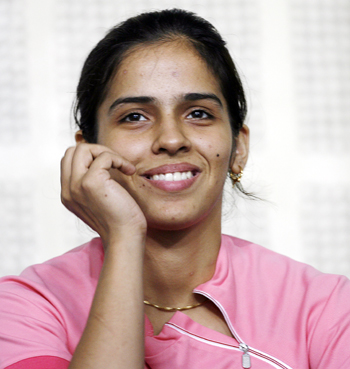 Indian badminton ace Saina Nehwal put behind a nervy start to clinch the second Super Series title of her career by winning the Singapore Open with a straight-game triumph over qualifier Tzu Ying Tai in the finals in Singapore on Sunday.

The world number six, had bagged her maiden Super Series title in June last year when she claimed the top honours at the Indonesian Open.

"I never expected to reach the finals as there were two good Chinese players in the draw but I believed in myself and got the result I wanted," the jubilant 20-year-old said.

Join us in congratulating Saina on her wonderful achievement.