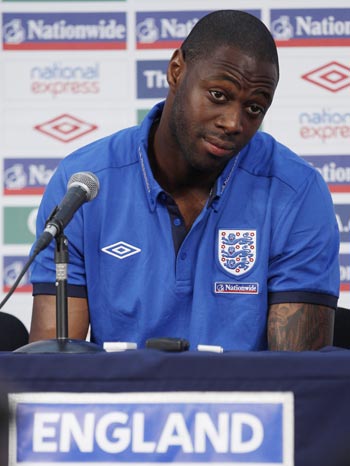 Tottenham Hotspur defender Ledley King's World Cup appears to be over after he damaged an adductor muscle in his groin almost immediately after kick-off in the 1-1 draw with the USA.

The centre-back was replaced at half-time by Liverpool defender Jamie Carragher after complaining of feeling a tightness in the muscle.

King battled on to half time before being replaced by Jamie Carragher, The Sun reports.

King's injury is another blow to coach Fabio Capello, who lost centre-back and captain Rio Ferdinand a week before the 2010 World Cup started.