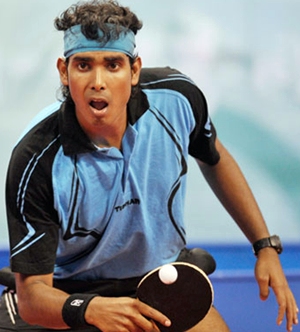 The sixth seeded Indian Olympian won 11-7, 11-9, 11-8, 11-4 to claim his second successive title in as many weeks, having won the US Open last Sunday, beating Keineth Thomas of Slovakia in Michigan.

He becomes the first player from India to win a singles title on the ITTF Pro Tour.

Earlier, on Sunday morning, Sharath made it to the semi-finals, beating Jiang Tianyi of Hong Kong 4-1.

Ching beat Egypt's Lashin El-Sayed 4-1 in the other semi-final.