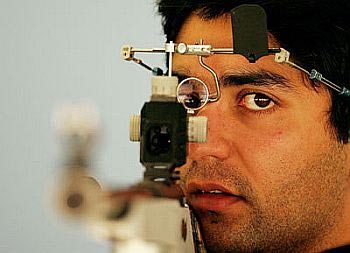 Bindra had also scored 596 at the RIAC Cup at Luxembourg in December last year.

He is participating in the international competitions in Europe as part of his training plans.

The competition at Munich is important for all the shooters who are eyeing the Olympic qualification quotas at the World Shooting Championship to be held at the same venue in July.