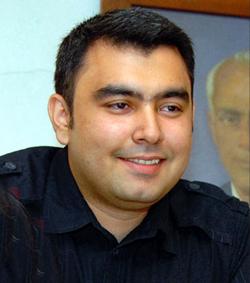 Gagan Narang has threatened to pull out of the upcoming Commonwealth Games in New Delhi.

The shooter, who became the first to qualify for the 2012 London Olympics, reasoned a lack of motivation after missing out on the coveted Rajiv Gandhi Khel Ratna award for a third straight year.

The 27-year old, ranked No 2, won a bronze in the 10-metre air rifle event at the 50th World Championships in Munich recently, thereby booking his London berth.

However, he was left disappointed having missed out on the Khel Ratna for the third straight year.

"I am very very disappointed over what happened to me. It is third time in a row," he was quoted as saying recently, hinting at the possible reason behind missing the October 3-14 extravaganza.