News
Business
Movies
Sports
Cricket
Get Ahead
Money Tips
Shopping
Sign in  |  Create a Rediffmail account
Rediff.com  » Sports » Cole will not be sold at any price: Ancelotti 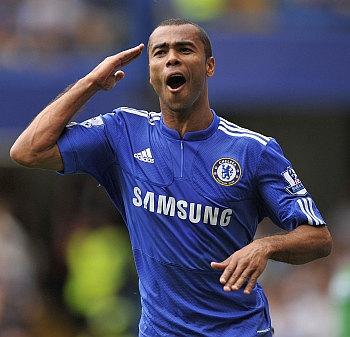 Chelsea manager Carlo Ancelotti described defender Ashley Cole as "the best left-back in the world" on Sunday and said the England international would not be leaving the Premier League champions.

Cole, 29, has been linked in media reports with a reunion with former Blues coach Jose Mourinho at Real Madrid.

"Ashley Cole will not be sold at any price," Italian Ancelotti told reporters after Chelsea lost 2-1 to Bundesliga club Eintracht Frankfurt in a pre-season friendly.

"There is no price that we would sell him at. We believe he is the best left-back in the world and because of this he will stay at this club.

"Nothing has changed in our position. Everyone can forget about Ashley Cole leaving this club," he added.

Eintracht took the lead through Patrick Ochs and, after England midfielder Frank Lampard had equalised for Chelsea, Halil Altintop struck the winner from the penalty spot.