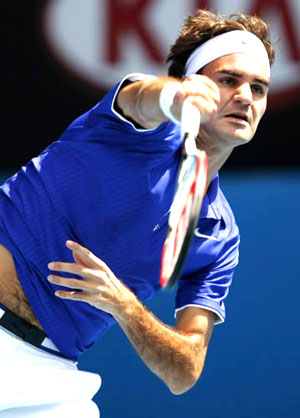 World number one Roger Federer eased into the quarter-finals of the Swiss Indoors, his home-town tournament, with an easy win over Italy's Andreas Seppi on Wednesday.

Federer, aiming for a fourth successive title at the event, needed 61 minutes to overcome his 51st-ranked opponent 6-3, 6-3 in a second-round match.

Seppi held his own for much of the match but was outgunned on the key points.

The Croat blasted 14 aces to set up a second round meeting with Viktor Troicki of Serbia on Thursday.