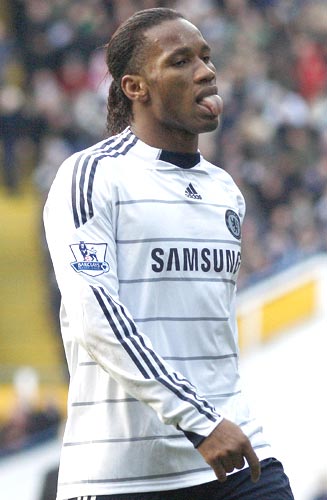 Chelsea's stuttering form continued on Saturday when the Premier League leaders kicked off a hectic holiday programme with a 0-0 draw at Birmingham City.

There were no goals either at Craven Cottage where Tottenham Hotspur earned a draw with Fulham but West Ham United eased out of the bottom three with a 2-0 win over Portsmouth.

Chelsea moved five points clear of champions Manchester United despite failing to score for the first time in 34 league games. United can narrow the gap at Hull City on Sunday.

Birmingham goalkeeper Joe Hart produced a string of fine saves to frustrate the visitors, extending his side's unbeaten league run to 10 and leaving Chelsea with just one victory from their last five.

Hart, who ended the match with a bandaged head, denied Daniel Sturridge and Frank Lampard in the first half but was rescued by his crossbar when Brazilian defender Alex unleashed a thumping free kick.

Florent Malouda mis-kicked in front of a gaping goal as Chelsea continued to dominate after the break and the Frenchman's day got worse when he was dismissed for a second offence late on.

Birmingham had the ball in the net in the first half but Cristian Benitez was ruled offside, when he tapped in from close range. Television replays suggested he was being played on by a grounded Didier Drogba.

Roberto Mancini marked his first game in charge of Premier League side Manchester City with a 2-0 home win over Stoke City on Saturday.

City grabbed the lead against the run of play on 28 minutes through Bulgarian winger Martin Petrov's far post tap-in and Carlos Tevez poked home before the break to double the lead.

Good work by visiting keeper Thomas Sorensen denied the hosts a third in the second half against a Stoke side who have lost their last five league matches.

© Copyright 2022 Reuters Limited. All rights reserved. Republication or redistribution of Reuters content, including by framing or similar means, is expressly prohibited without the prior written consent of Reuters. Reuters shall not be liable for any errors or delays in the content, or for any actions taken in reliance thereon.
Related News: Chelsea, Birmingham City, Joe Hart, Roberto Mancini, Stoke City
COMMENT
Print this article