The Indian duo of Prabhjot Singh and Surinder Kaur were named in the International Hockey Federation's (FIH) Men and Women World All Star Teams announced on Thursday. 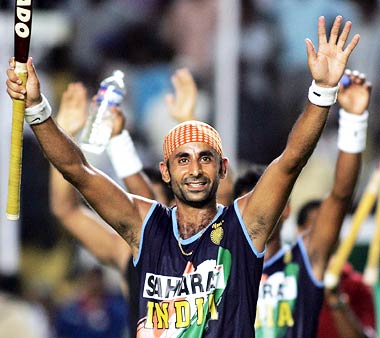 Veteran forward Prabhjot made it to the 18-member men's team which has Australian legend Ric Charlesworth, who had a bitter stint with the Indian team, and Markus Weise of Germany as its coaches.

Women's hockey finally got some prominence with Surinder being the lone Indian in the All Star line-up.

The All Star Teams 2009 were selected by visitors of the FIH official website.