Mike Tyson to debut in Bollywood 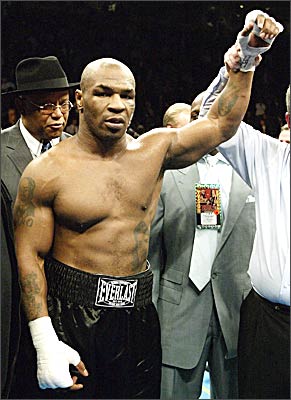 Producer Firoz Nadiadwala seems to have got a casting coup of sorts, as he's all set to sign Tyson to do a promo for his upcoming film Fool n Final.

The film is an action-comedy pack directed by choreographer-turned-director Ahmed Khan.

"Yes, we are talking with Tyson and we just have to sign some legal papers before the deal is done," Khan confirmed.

Tyson is likely to shoot for three days from April 20 in Mumbai for a song composed by Himesh Reshammiya.

'Drive against child marriage is very welcome, but...'