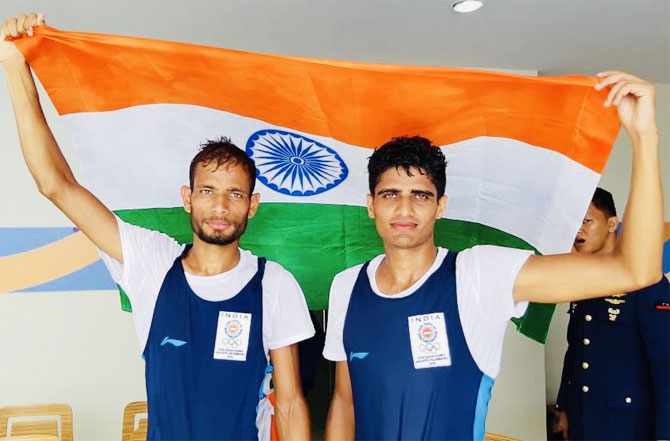 India's struggling recruve archers were in for more shock with Deepika Kumari and Atanu Das suffering an upset defeat at the hands of lower-ranked Mongolia in the Asian Games here via shootout.

The 4-5 loss in the mixed team quarterfinals left the Indian squad shell-shocked as Deepika yet again floundered under pressure, finding a seven in the second shot of the shoot-off, which led to their ouster.

Star earned ad revenues of around Rs 30 billion during last year's IPL. Whether it hits last year's figure will depend on how the economy picks up during the festival season.

F1: Will Vettel see out the season at Ferrari?

Four times Formula One champion Sebastian Vettel recognised he is sailing through a 'rough sea' but said on Thursday there had been no talks with Ferrari about parting ways before the end of the season.

Kamala Harris hit by the return of 'birther movement'

The conspiracy theory about Harris started following a Newsweek Op-Ed by Dr John Eastman, who ran in the Republican primary to be California's attorney general in 2010. Trump did not give his opinion on it but acknowledged that he has...

No taxable income? But you may still have to file ITR

Finance Act, 2019 has made it mandatory for certain categories of taxpayers to file their ITR, even though their income may be below the taxable threshold. read on to find the details.

What has Rajnath ordered for Rs 87.22 billion?

The army, air force and navy will all benefit from the defence ministry's approval of 'Make in India' equipment.