21:16   LIVE Olympics! Hockey: India beat Argentina; Archer Atanu in last 16
It's the final hooter here. India have managed to survive the late onslaught by Argentina.
India take the much needed full points by beating Argentina 2-1.
Important result which gives India massive advantage with respect to qualifying for the quarterfinal.
India play Canada in the next game.
Meanwhile in Archery, Atanu Das defeated his Cuban rival Adrian Perez 6-4 to sail into the pre-quarterfinal of men's individual event.
Atanu to meet World No. 8 Korean archer Lee Seungyun in Pre-QF on 12th August.
Read more >

20:51
India again going on the defense here. They however survived a repeated onslaught of penalty corners by Argentina.
6 minutes remaining in the match.
India leads 2-1.

20:47
Argentina score from their first penalty corner in the match. India still leads 2-1 with 11 minutes remaining.
Can India holds their nerves in the dying moments?

20:35
It's the end of third quarter and India enjoy a 2 goal advantage against Argentina.
The final 15 minutes remaining in the match.
India have surely raised their game in this tournament. 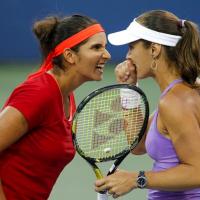 20:30   LIVE Olympics! Sania Mirza, Martina Hingis split?
Meanwhile as per reports, the world No.1 women's doubles pair of Sania Mirza and Martinga Hingis have separated.
The duo will be playing with different partners at the US Open.
Read more >

20:21
India extend their lead against Argentina in the third quarter.
Kothajit Singh scores the goal for India. 20:16
Indian archer Atanu Das is through to Round of 32 of Individual round after winning the 1st round.

20:06
At end of second quarter: India leads Argentina by 1-0 via goal by  Chinglensana Singh in 8th minute.

19:43
Chinglensana puts India in the lead in Quarter 1. The goal is scored from a penalty corner.
India face Argentina in a must win game. 19:30   LIVE Olympics! Hockey: India face Argentina in must win game
The hockey match between India and Argentina has started. India are in a must-win situation after losing their last match against Germany.
Read more >

Next at 2030 hrs IST, Heena Sidhu would again be in action in 3 series of Rapidfire stage. 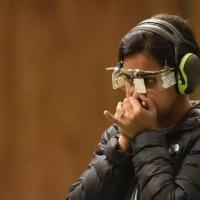 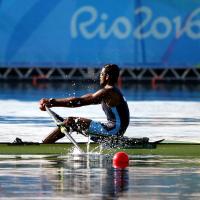 17:43   Rower Bhokanal fails to advance to semi-finals
Rower Dattu Bhokanal finished fourth in the quarter-finals of the rowing men's single sculls at the 2016 Olympic Games in Rio de Janeiro.

Bhokanal finished with a timing of 6.59.89 and failed to advance to the semi-finals.

The top three rowers advanced to the semi-finals.

Damir Martin of Croatia top the timings in the quarter-final with 6.44.44 with Alan Campbell taking second place with 6.49.41 and Natan Wegrzycki-Szymczyk of Poland taking third place to advance.

Legal notice to Kangana for tweet over farmers' stir